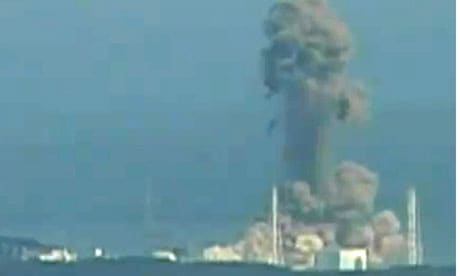 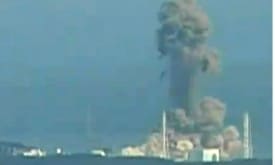 I’m on the terrace of our finished casa in the middle of the Baja in a development that is semi-finished and all I have to keep me company at the moment is Madonna. No worries, U2 is a quick click away my friends.

Loni is wrapping up her work day downstairs. Typing away no-less while eating a mondo Mexican inspired salad. Meanwhile in the dark here (to avoid drawing moths and bugs) there is a Ray of Light.

But it’s most definitely hard to see anything before me–the rebar jutting from the ground of foundations of abandoned homes, the never-ending cracks in the stucco, the hot water that was last seen with devil horns, holding hands with Mr. Freeze–as anything but a miracle. The incessant low-battery beeps from smoke detectors across the neighborhood, all of a sudden are less grating.

We don’t cover hard news on Stark Insider. I think that much is obvious. Still, it’s hard to synthesize the headlines out of Japan and not feel the urge to say something, however inconsequential. Like the rest of you, I’m shocked and saddened. Some days you wished you didn’t have internet access.

So, everything else that I do, whether it be another inane Tweet or Facebook update, or complaint, such as the weak performance of the “hot” water system here in Loreto seems ludicrous. Nevertheless, life must go on. I hope that they persevere. And that there is incredible hope and determination to move ahead, some how. The nuclear threat is obviously disturbing (as I write this, reports of a third explosion have surfaced). It’s a reminder of the volatility inherent in its design. I’ve read that it’s already surpassed three mile island and is now the second worst nuclear disaster in history.

Financial reaction ensues. Just like 9/11, shock waves will likely rock the world for years to come. In light of the danger of meltdowns,The Wall Street Journal reports that the cost to insure Tokyo Electric Power’s debt has increased 600%.

Better times are surely ahead. Meantime, I type on this MacBook Pro, with blood on the keys, no doubt manufactured in the Chinese sweat shops as Mike Daisey unforgettably reminds us. Laughter echoes across Loreto Bay. A cocktail party on a deck some where in the distance. Madonna is singing about some friggin’ weird religion or state of mind. Shanti? I’m feeling odd. But who the hell cares… there are people in crisis. It’s what matters to me (and I’m guessing a lot of us) right now.