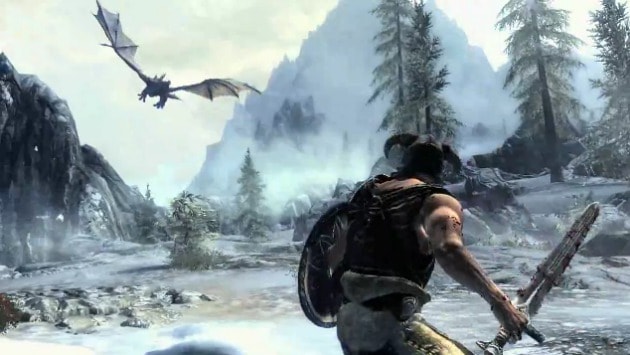 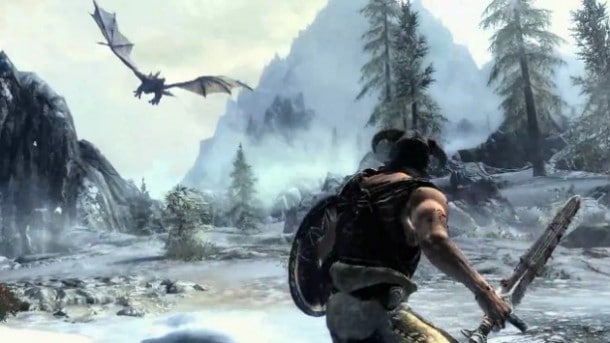 Oblivion is one of those games that you never forget. An expansive world, rich in characters and story-telling, it is easily my favorite video game of all time. Not that I’m any sort of gamer. I used to keep up, and enjoyed occasional weekend sessions on stuff like Metal Gear, Halo and Bio Shock. In fact, circa 2000 I even owned all three consoles at the time, a Microsoft XBOX, Nintendo Gamecube and then fledglingly Sony Playstation 2. Yes, the fridge was stocked with beer. Yes, there were wires everywhere. And, yes I was single. Bachelor paradise. Working Silicon Valley and enjoying every second. Luckily I offset the man cave with frequent trips to Logitech Ice for hockey.

Time to return to the “sandbox” …

Now, after some four years in the making, the long-awaited sequel “Elder Scrolls V: Skyrim” is almost here.

“You should have acted, they’re already here.”

Recently on a drive up to Yosemite for the annual holiday celebration at the stunning Ahwahnee hotel (yes, the one that inspired the Overlook in The Shining), I had this odd feeling that the landscape around us was strangely familiar; there were lush rolling hills, a small lake lower down, and the road wound through it all. Had I seen this before? Then I realized that yes I had seen it before. Virtually, at least. I told Loni: this is Oblivion! Of course her reaction was priceless, like I needed reaffirmation of my: (a) overly active imagination; (b) Dungeons & Dragons (Advanced!) fueled childhood; (c) fantastical life accomplishment in the institution that is marriage.

“When the truth finally dawns, it dawns in fire.”

With Oblivion, also known as Elder Scrolls IV, I guess you had to be there. On the PS3 and on a 120″ screen it has a way of dragging you in to its time-sucking universe. Anyone can get ten or twenty Nirmroot plants. But I need forty!

These days I don’t have as much time. Well, I should really say that differently. With Stark Insider and our other sites, spare time hardly comes if ever any more. Of course it’s a matter of choice really. So, as many like to remind me I choose to spend my time on all things new media. Which is to say good-bye to spare time. Plus, I usually prefer watching film, or a good documentary these days. The commitment it takes to get through a modern-day video game is astonishing. So is the creativity and production value. Many of these titles are brilliant works of art in their own right. Which brings me back to…

Elder Scrolls V, the sequel to the greatest video game of all time, is finally almost here (11/11/11). Meantime, Bethesda Software today released the trailer, which gives us a glimpse into the world that is Skyrim.