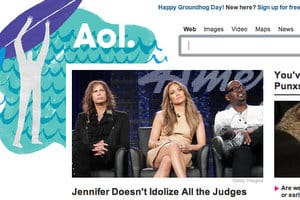 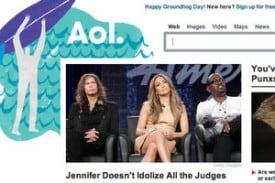 A couple of interesting bits grabbed my attention this morning, so I thought I’d pass them on. Today is shaping up to be quite an interesting day with The Daily, Rupert Murdoch’s $30 million iPad-only newspaper experiment, getting launched (finally) this morning in New York, followed by the Google announcement (Google Music?) here in Silicon Valley.

Meantime, though, if you’re at all into “new media,” blogging or the future state perhaps of journalism you should dig into AOL’s quarter. They just announced Q4 earnings. I expect a lot of headlines will focus on the massive decline in y/y revenue (26%). Fair enough. But that’s far from the whole story. True, top line is way down, but net income for the quarter has improved ($66M), perhaps indicating light at the end of the online advertising tunnel. Still, the company lost $782.5M in FY10. Ouch. Transformation is never easy.

But why care about AOL — the company mostly known for dial-up?

They matter because they’re one of the few large companies making a large, concerted push into publishing — mostly in the media and entertainment arena. It’s a risky gambit, and one I’ve enjoyed following over the past year or so. This is the company that acquired Engadget and TechCrunch. Also, they’ve invested about $50M in a regional network of local news sites called “Patch” (which reportedly number over 700 now). In a nutshell AOL is aggregating page views which presumably represent the modern-day version of eyeballs, which in turn attract advertisers.

I had to laugh just a little when I read the quote on the TechCrunch post assessing the results, “We’re focused on winning, folks. You heard it here first.” Nothing like blowing through $782 million. I guess winning is really painful. However, I do think AOL is making the right moves in a bid to become a restructured company focused on media. I’m guessing investors though would like to see things just happen a little faster. Here are some other takes on the quarter: WSJ and BusinessWeek.

The End of Blogging

The headline grabbed my attention too. And so did this well written piece by Dan Duray of The New York Observer, which chronicles the ebbs and flows of this thing called Blogging. The main thread is an interview with Gawker’s Nick Denton who was one of the pioneers of the early journal-style blog template. He was also one of the early successes in that often nonsensical, endless tabloid style celeb gossip that nauseastes me — well, except for the Charlie Sheen stuff.

The article is a good read. On the difficulty of carving out a niche, Denton says:

“We’re at a stage now where that market is saturated, so it’s the long tail phenomenon. We’re getting to the point where it’s really, really hard once you start, unless you’re a phenomenon or something.”

Article: The End of Blogging, The New York Observer