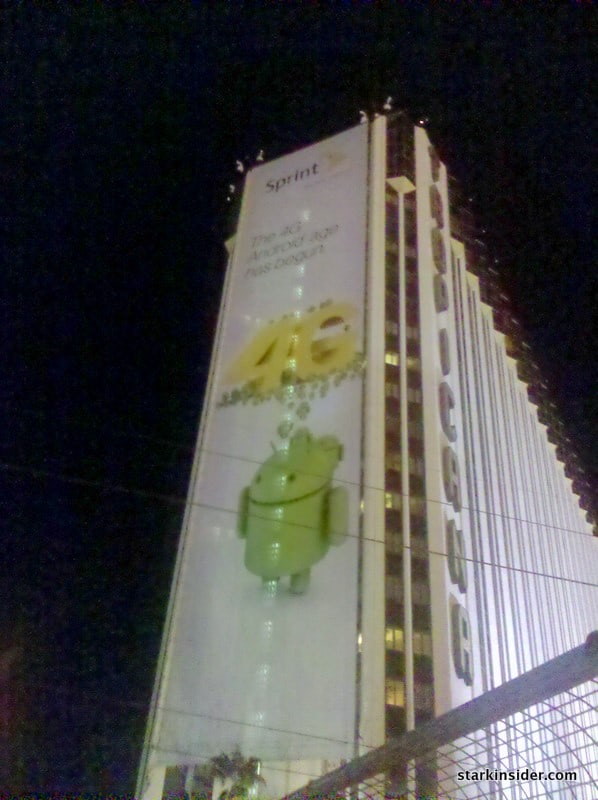 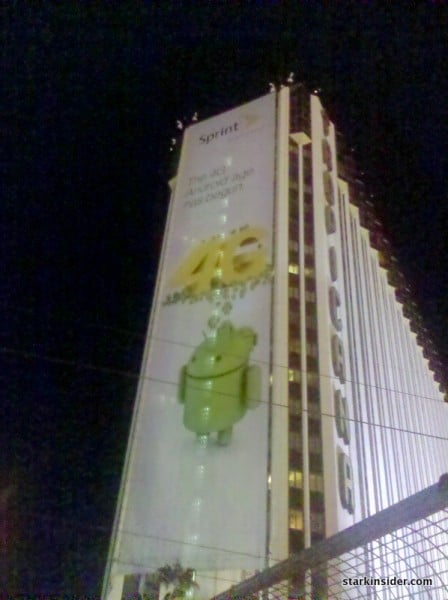 Billboard spotting continues here at CES Las Vegas. This time it’s Sprint and their could-be, would-be 4G service. Seen around town on buses, now it was spotted “hanging” or “standing tall” (take your pick) on the Tropicana hotel at the south end of the strip. It might be just us, or maybe it’s a bit of the afterglow thanks to some cool announcements that included the HTC EVO Shift 4G Android smartphone and assorted MiFi devices, but who doesn’t like an old-school banner or two?

You’ve got to hand it to Google’s little green robot, he’s getting a lot of attention these days. And Sprint is no stranger to feisty advertising.

The billboard features the Sprint logo at the top, followed by the slogan, “The 4G Android age has begun.” Then 4G is shown in a large font, somehow surrounded by green bubbles percolating from the little Android robot that we all know and love. Warm, fuzzy Apple advertising this is not — is Sprint and Google marketing run by engineering?

This is not the first billboard tactic to be employed here at CES. Earlier Critter pulled an Elvis size stunt and announced their new music service, Muve Music. Well, at least to those arriving by plane at McCarran International Airport. The massive poster is hanging on one side of the iconic Luxor Hotel & Casino. No word, however, whether it means the messages are also being beamed to space. The plot thickens.