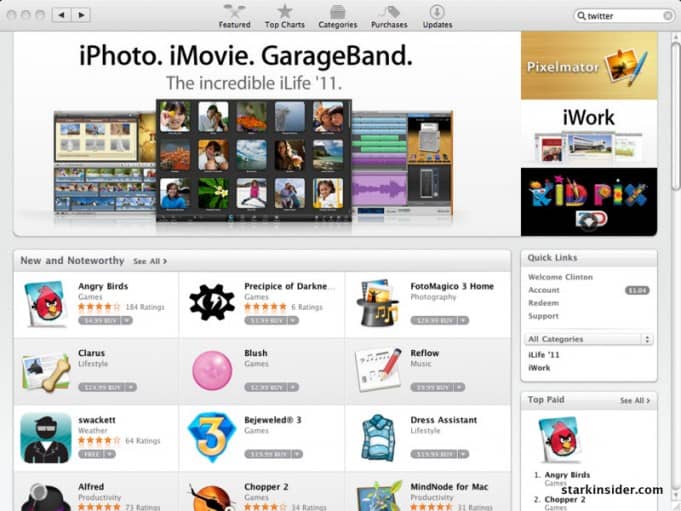 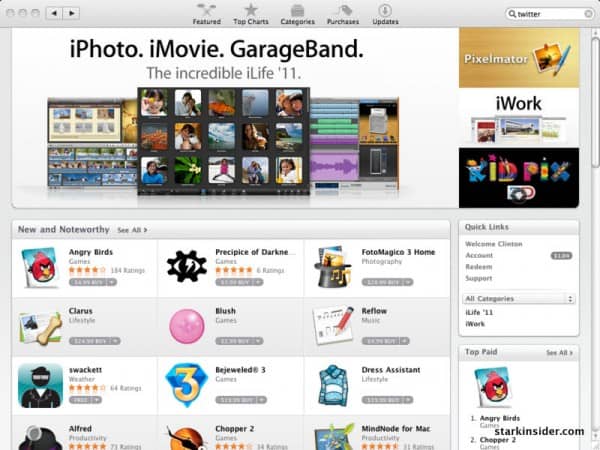 The world is just one big collection of apps. And this morning, that number of apps — at least for Mac users — just grew by 1,000, although there may be some double dipping. Apple opened its Mac App Store which allows users to download free and paid apps as long as you are running on, of course, a Mac.

Unlike the new Google’s Chrome Web Store which is accessed via the Chrome web browser, access to the Mac App Store is available via, well… a new app which is downloaded as part of an OS X Snow Leopard software update.

The update (10.6.6) takes under five minutes and requires a restart, after which a new “App Store” icon appears on the dock as well as on the Apple pull-down system menu at the top left of the screen.

Ironically if Apple is indeed getting cozy with Verizon this year and plans to release an iPhone, it picked a somewhat odd time for the launch. This morning here in Las Vegas Verizon CEO Ivan Seidenberg is officially kicking off CES (Consumer Electronics Show) with a keynote.

Apps are organized across 21 categories including News, Business, Music and Entertainment.

The new Twitter app is receiving mixed reviews. Some decry it as too simple and unimproved, while others say it “feels great.” It currently has an average rating of 4.5 out of 5 stars.

Interestingly, Apple decided not to integrate the new App store with iTunes (note: you’ll still need to login with an Apple ID to download apps). With the increasing complexity of iTunes this may be a good decision, as the casual computing consumer cares about ease-of-use, and an enjoyable experience.

And fear not, yes, Angry Birds is waiting for you. It’s $4.99 and is one of the first “noteworthy” apps to greet you.