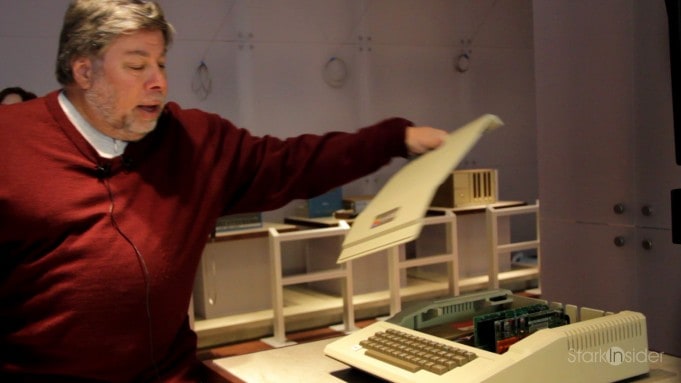 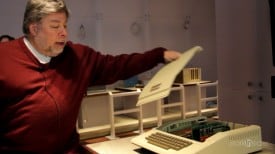 A legend needs no introduction. So when we were invited to the newly renovated Computer History Museum for a press tour by none other than Apple co-founder and Silicon Valley icon Steve Wozniak himself, we were there in a nanobyte. This Stark Insider TV segment is the result.

The stories and sound bytes were as memorable as the tour of the impressive $19 million renovation.

One fun bit: back in the day when Woz visited Atari in Lost Gatos, he’d find Steve Jobs there strategically placed late at night “so he wouldn’t be around other people.”

Later Atari tried unsuccessfully to hire Woz after he designed the first version of the seminal game Breakout. “Never leave Hewlett Packard,” he recalled emphatically as he walked through the new exhibit Revolution: The First 2000 Years of Computing. “I love my company. I’m loyal.”

Spending a few hours with him in Mountain View in the heart of Silicon Valley it’s easy to see why.

Steve Wozniak is about as down-to-earth as geniuses come.

Then again, my barometer isn’t exactly calibrated when it comes to the topic of world class smarts — aside from Zarko, he’s the brightest guy I’ve ever met. As a kid, sitting at our Apple //+ in my parent’s dining room in snowy Ottawa, I remember dreaming of Cupertino, that most magical of places, a far off land. Woz was Merlin, and Jobs was the calculating Prince, alternating between black and white armor.

As I chased Woz around the halls of the museum I realized the energy and good nature he exhibited on prime time television in front of millions on Dancing With the Stars was still intact. He’s also an exuberantly fast talker. 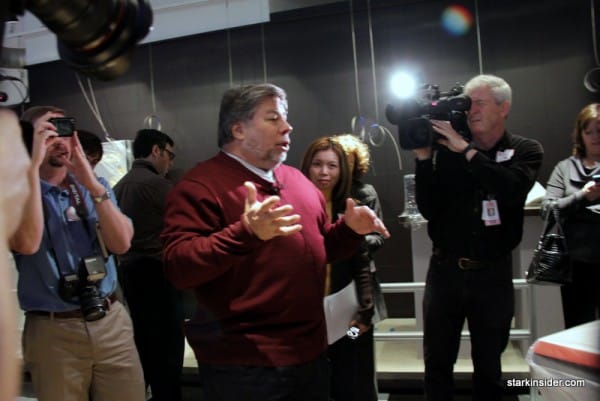 “How many chips could I make this computer in?” he would ask himself as a hobbyist building computers in the 70s. “I would compete with myself.”

He told his father that some day he would own a 4k Data General Nova computer. Little did he know it would cost almost as much as a house.

The story of the Apple I and II in his words: “It’s what you can do with zero money at all. No one to borrow it from. No savings account.”

And what about today’s technology?

“The most powerful chips on earth are made for game machines.”

The Woz has spoken.

And for now I’m still catching my breath. What, I wonder, does the next 2,000 years of computing have in store for us?