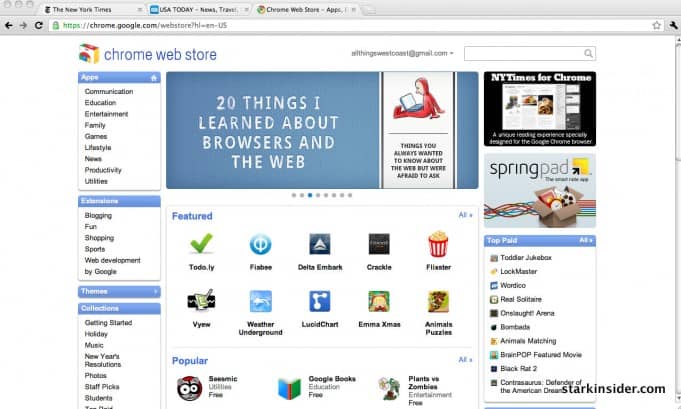 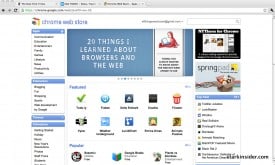 Google Chrome OS is coming in 2011. But the Chrome Web Store is available today (in the Chrome 8 web browser). After a day of twiddling with it, I have one conclusion:

Not right away, mind you.

Some of the apps — Google Finance for instance– available on the store are merely bookmarks. And there’s no disguising that many are marginal HTML5-glorified versions of standard web pages.

But there is something deeper going on here.

Something possibly profound, that will change the computing paradigm as we know it for the next decade. Ironically, I thought the Chrome OS (delayed) was the big news yesterday in San Francisco. After a day playing with the apps from the Google Web Store, I believe it’s the trojan horse.

Google knows developers. It’s a technology-driven company. So with the Web Store and the Chrome OS Pilot Program (also announced yesterday) you can expect the Google army to amass quickly. By the time the operating system does arrive, there will already by tens of thousands of apps that will give consumers, and businesses alike plenty to do.

Meantime the web browsing and interactive experience is transforming, big time, perhaps as big as the day as we began seeing Adobe Flash animations.

Remember when the web was gray and dull?

Sure you could order flowers, or look up a pizza joint on that old school Yahoo directory, but it was dull, dull, dull.

More recently the Apple iPad has reinvented how we interact with applications, swiping, touching and pinching to our heart’s content. HTML5 apps are doing the same for web browsing (and I suspect for Android-powered tablets too — a two-fer).

Here’s my assessment of the Chrome Web Store and why I think it portends the future:

As a publisher of Stark Insider, I’m both excited and nervous about this news.

When iTunes apps became all the rage, I researched it to death, and feared everything would become a mobile app. Maybe web sites would become irrelevant I wondered. Turned out not to be the case. I tend to think extreme in these situations since I’m trying to keep something like Stark Insider available to the most number of readers/viewers. So the app we developed for iTunes actually didn’t matter a whole lot because we can now all view fully rendered web pages on our smartphones anyways. An app, while pretty and fast, wouldn’t make or break us.

Now with HTML5 I find myself asking a whole new set of questions.

Will we need to make a Chrome “app” or HTML5 version of Stark Insider?

Will standard HTML sites become the new dull grey ones we surfed in the early 90s?

There’s a lot to consider here. But once again, I’m sure I needn’t over-react and worry myself to death. Meanwhile the future of web-based computing is looking spectacular. Google has changed the game (again). This next decade will see a battle royale. The powerhouse combatants? Facebook, Apple and Google.

But I wonder, what does Adobe think about all this?