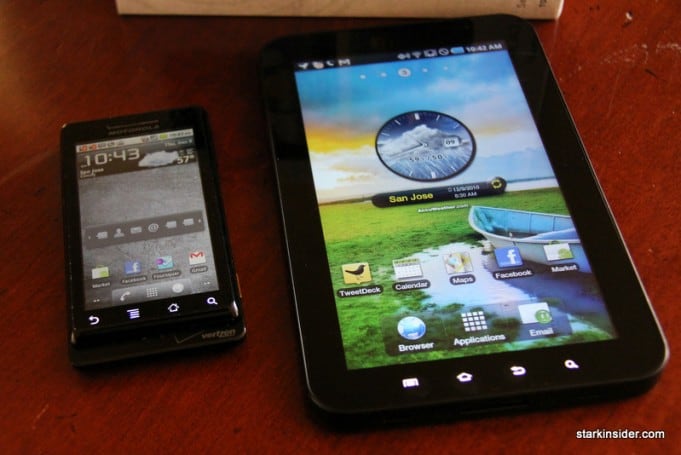 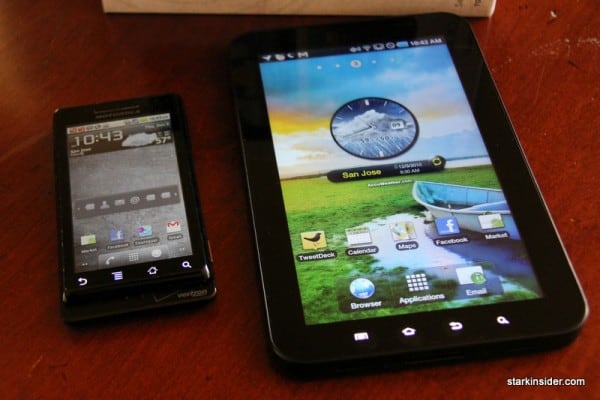 Samsung is on a roll — recently overtaking Motorola as the number one manufacturer of Android-powered smartphones — and now with the first viable competitor to the Apple iPad. We finally received a Galaxy Tab (Verizon, T-Mobile, AT&T), a 7-inch tablet powered by Android 2.2, and are putting it through the paces here at the Insider labs (looking an awful lot like Starbucks these days). 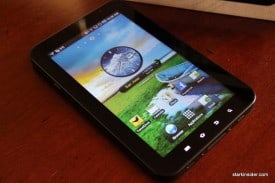 Build quality is high, the screen pops, and its performance is zippy (and makes my Droid feel like the proverbial turtle).

But it’s too expensive, and lacks apps designed specifically for the Tablet (Financial Times and built-in apps such as the Calendar, Contacts are but a few of the ones optimized for the larger screen).

Features that set it apart from the iPad, however, are sure to attract a significant number of buyers: removable micro-SD card, front and rear-facing cameras, plus all-important support for Adobe Flash– all features notably absent on the iPad.

Regarding HTML5, I tried to install apps (many of which are merely bookmarks) from the new Chrome Web Store that Google launched yesterday, and none that I clicked would install. When I surfed directly to the New York Times slick new HTML5 site (www.nytimes.com/chrome) it wouldn’t render on the built-in Galaxy Tab browser. I found this a little odd, but then again maybe we’re supposed to just use the Android Market and the Chrome Web Store is just that: a store for the Chrome Browser only. Still I thought this thing was supposed to render HTML5 sites, no? 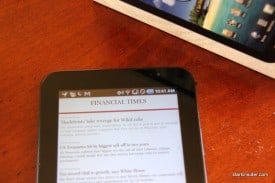 One suggestion for Android Market: they need to break out a separate “Tablet” section.

As it stands now, apps suited for Android phones (such as my trusty Droid) are mixed in with apps optimized for larger tablet screens. So you need to manually sift through a lot of stuff (and much of it is unfortunately crap due to Google’s open approach to approval) or search for “tablet” to find things like the Financial Times app. Of course, standard Android apps run fine, but this is where the Galaxy Tab does feel just like an over-sized smartphone – the fonts are large, and none of the benefits of the tablet are utilized. Over time, this should change (and rapidly if the Galaxy sales figures portend the future of Android tablets).

I think Google should’ve seeded the market more with publishers — credit them some how, or create a pool of funds for Android Tablet app development — especially with the big guns like Wired, that are making waves with iPad. 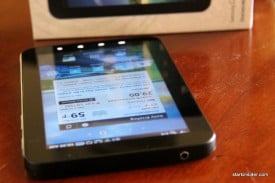 Speaking of colorful, slick magazine apps. Don’t look for them on something like the Galaxy Tab. They don’t exist, at least not that I could find (I’ve only spent a day with the device, however).

The screen is very nice (bright with plenty of contrast and rich saturation), and the responsiveness is addictive — you can swipe away, clicking and get nearly instant responsiveness (aside from the browser which occasionally locked/slowed in my testing).

Other first impressions of the Samsung Galaxy Tab:

A full review is coming soon. But for now, consider me impressed; with some reservations. 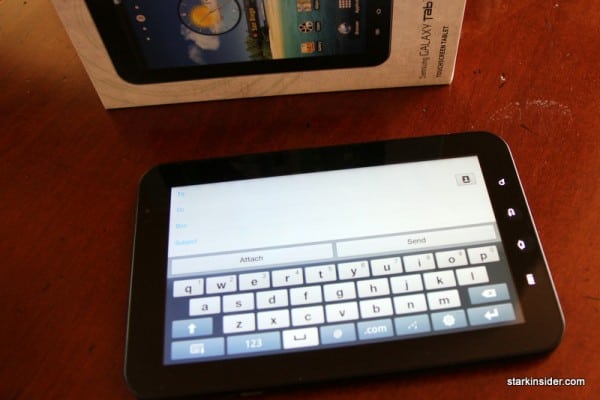