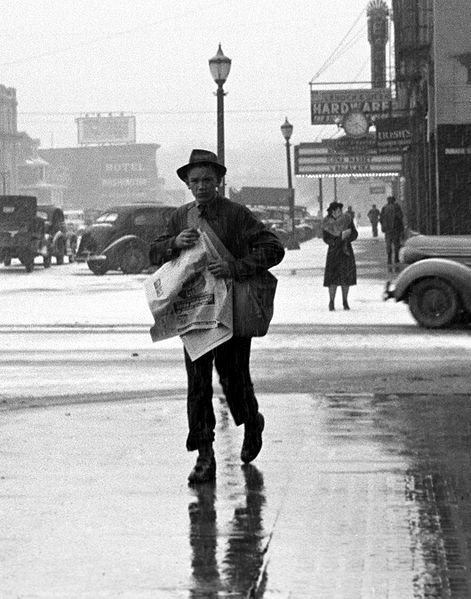 According to a forecast published this morning by eMarketer, online ad spending will surpass newspapers in 2010.

The estimate has Internet ad spending finishing the year at $25.8 billion, just slightly ahead of newspaper ad spending at $25.7 billion. The gap is projected to widen by 16% in 2011 with Internet spending growing to $28.5 billion. 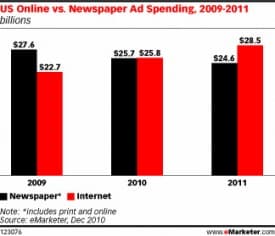 “It’s something we’ve seen coming for a long time, but this is a tipping point,” said Geoff Ramsey, CEO of eMarketer.

The report concludes: Ad spending on newspapers is expected to continue its decline. eMarketer estimates that print newspaper spending has already been cut in half since 2006, and online has done relatively little to make up the difference.

By contrast, total US online ad spending will continue double-digit growth through 2014, when it will surpass $40 billion. 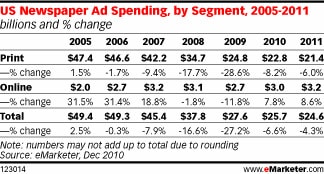