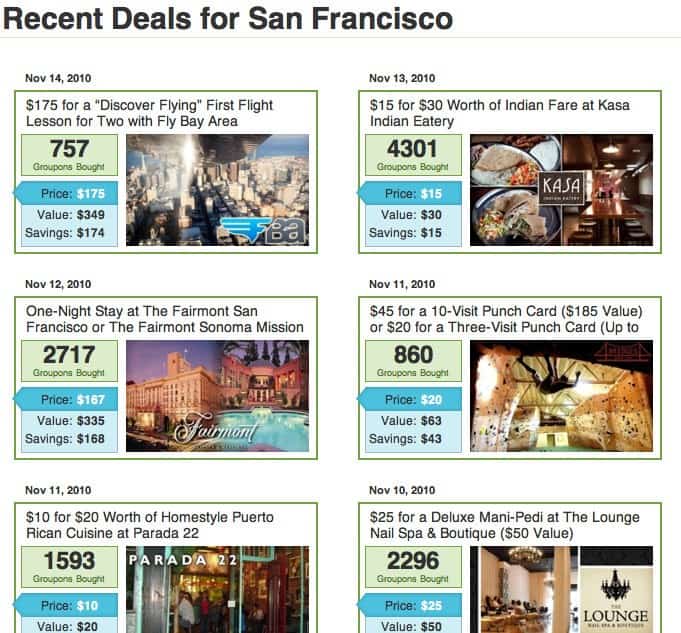 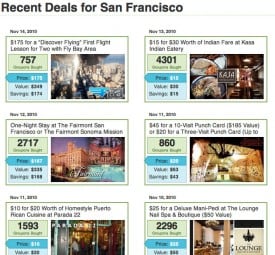 Something doesn’t feel right about the $6B valuation (New York Times) that Google is rumored to be offering Groupon in acquisition talks. Six billion dollars. That’s a lot of oil changes and manicures alright. It also makes 1980s bionics look like a positive bargain.

Yes Groupon makes about $350 million in revenue per year — astonishing considering the company is merely two years old, prompting many of us to cry out in our sleep, “Why didn’t I think of that!?” — and there are many ways involving cash flow, P/E and growth projections to possibly make such a deal look reasonable, but I submit that it’s absurd for one simple reason: the business model is not defensible.

I believe (and once again please remember that I predicted the Apple iPad, arguably the best selling consumer product of all time, would be a flop) that the Groupon model is easily copied. As far as I can tell at least, there is no unique technology, no unique distribution model, and no unique competitive advantage.

The real question is: Does brand loyalty matter when it comes to coupons?

If not, then Facebook, Yelp, Foursquare and others, have at it.

But if so, then, yes, perhaps there is some rationality behind the massive valuation (recall Google “only” paid $3.1B for DoubleClick in 2007).

Some have reported that the real secret sauce here is in the network of local businesses that can potentially give Google’s ad technology, specifically AdSense and AdWords, a huge distribution channel. But are relationships with an autoshop, a spa and a flower shop — most possibly based on a one-time coupon promotion — strategic?