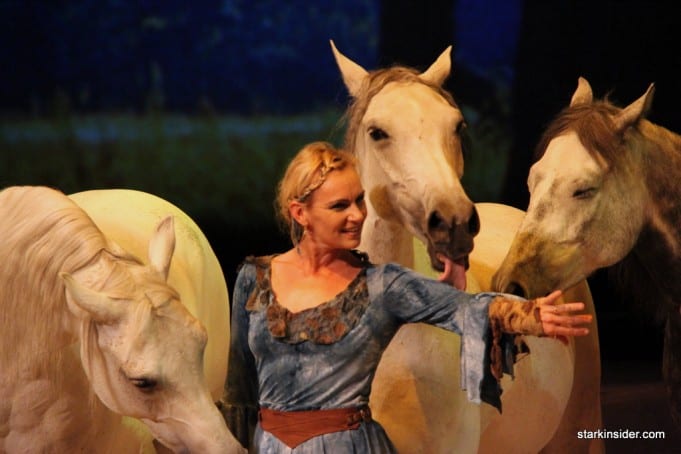 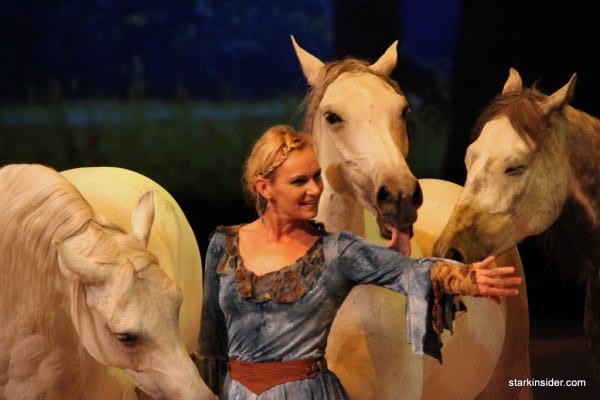 That was Normand Latourelle, co-founder of Cirque and visionary behind the new show Cavalia that opens tonight in San Francisco.

Nine tents, located less than a mile away from AT&T Park, home of the World Series champion Giants, bring to life a world of horses, acrobats and song. Already 2.5 million people have seen the previous version of Cavalia. But just like James Cameron has upped the ante, using 3-D to take film to the next level (Avatar), Latourelle and his team have gone big.

CNN’s Larry King summed up his feelings about Cavalia simply: “The greatest show I have ever seen!” (it’s almost impossible to miss the billboards along Bay Area highways).

But I’m not here to hammer home platitudes (perhaps too late on that). See for yourself in this video segment I shot yesterday (hail to the Canon T2i) at the media preview.

A dress rehearsal of sorts, a handful of journalists and press were invited to a special viewing of the show in advance of its opening. I should let the pictures and video do the talking. To say this is a beautiful-looking show is an understatement.

No doubt — and true to founder Latourelle’s vision — astounding stunts, sumptuous costumes, and heart-pounding songs are all here; but the real stars, of course, are the horses. They are beautiful … this coming from a guy that is positively terrified of them. Last time I rode one, as a twelve year old on vacation with my parents in P.E.I., I was driven repeatedly into nearby branches and thorn-bushes. 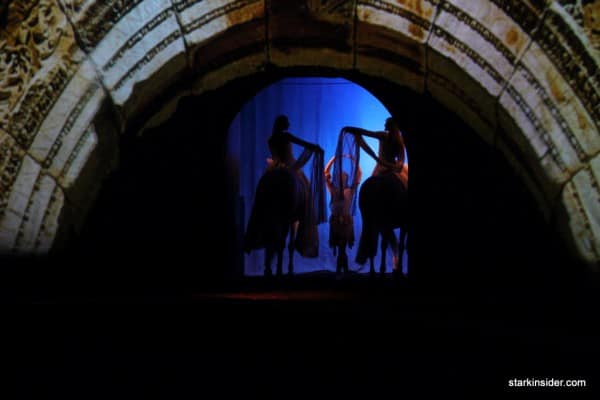 The original version of Cavalia debuted in San Francisco in 2004. Latourelle has added more of everything: 5 bungees instead of two; people flying over the horses; expanded stages; and even more vivid presentation. Latourelle said to me, “A lot has been changed in the show!”

What you see here is the non b-roll version of the show. There are no effects, no re-takes. That the show — imho — looks this slick, polished and exciting is testament to the performers, producers and engineers. It’s an impressive artistic achievement.

And, as you’ll see, I could not resist. From one Canadian to another, I wondered what hockey team the co-founder of Cirque himself would anoint his favorite. Latourelle’s pick, as a French Canadian, is perhaps slightly less revelatory, but still one never knows when it comes to that great game, that he reminds us was invented way up North. 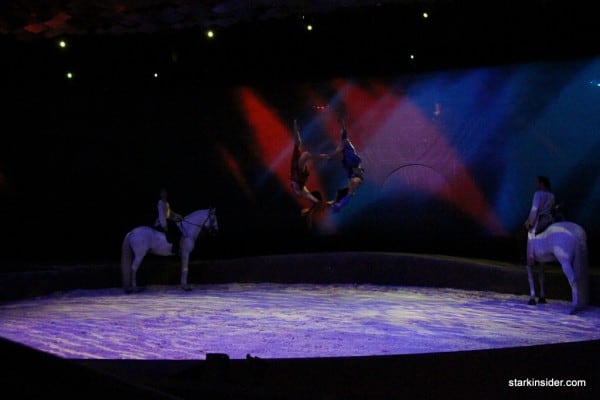 For a guy that lives for gadgets, my pick as highlight of the preview (which came in just under an hour, far less than the final show you’ll see which will trace the history of the horse and its relationship with humans) surprised even me. I should note it was hard to chose a favorite. Cavalia is a non-stop feast for the senses, with plenty of “wows!” and “a-has!”

But there are also introspective moments.

Like when a sole trainer dances, instructs and even hugs and kisses, twelve horses. Relative to the rest, it’s a stripped down set. And it has that magical quality that can cause hair to stand on end, yet I can’t explain necessarily why. You can see several clips of that in this highlight package as well.

Then the show heads to L.A., before touring across the country and back up to Canada too.