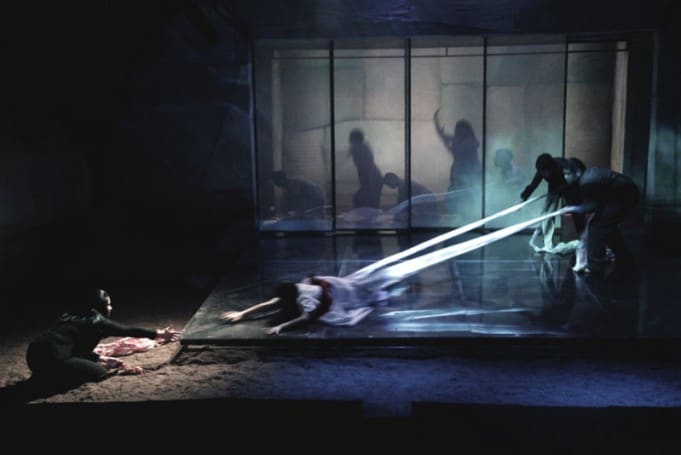 With all the hubbub surrounding Glee (admittedly a guilty pleasure), I was looking forward to screening Trust: Second Acts in Young Lives, showing at the Mill Valley Film Festival this weekend. Here’s a well-made, emotional documentary that takes us inside the world of community theater. Told from the actors’ perspective, along with an inspiring artistic director, it’s a decidedly real and non-glossy perspective on bringing human narrative to life for the stage. Fortunately there is no lip-syncing or even musical numbers in Trust.

Set in the Albany Park Theater Project (APTP) in Chicago, the real-life story revolves around Marlin, an 18-year old Honduran immigrant. When the troupe first assembles in a circle to share stories and build trust, she tells a harsh shocker that leaves some in tears — “When you pray to God, you’re supposed to get what you want. She didn’t.” The troupe decides to stage her story “Remembering Nellie”, and what follows is a riveting look at the process of discovering empathy and kinship as the play moves from an embryo to a full-formed production, eventually opening before a full house. 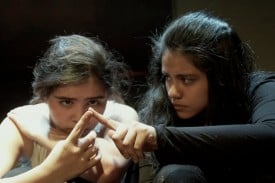 Artistic Director David Feiner founded the theater company with his late wife, and has his own emotional story — it creates a bond that ultimately leads to trust among the tight-nit group.

In many ways Feiner reminds me of Michael Lederman, artistic director of the Coastal Rep in Half Moon Bay; these are the unsung heroes of the community, taking kids who otherwise might not “belong” or have veered from the right path for whatever reason and re-building their self-esteem and instilling a valued place in society. It’s a far better outcome than suicide, which many of these 13-14 years feel is there only choice, their only way out. In essence, these community theaters develop into an extended family where, like the title implies, trust is at the core. We should never underestimate their importance.

I review a fair amount of theater here in the San Francisco Bay Area, but Trust is a welcome reminder that we’re not simply watching actors read lines from a script. The process of staging life’s ups-and-downs, be it a musical, a drama, a comedy, or a one person show, is a soul-searching journey that makes us — individually and as a society — better, more informed, humbler.

People often ask why the hit show Glee doesn’t show the rehearsal process. In Trust you’ll find out why; it’s not for the feint of heart, and it would be hard to imagine an ad for plaids at Target popping up during a commercial break. But that’s the difference between a milkshake and straight espresso.