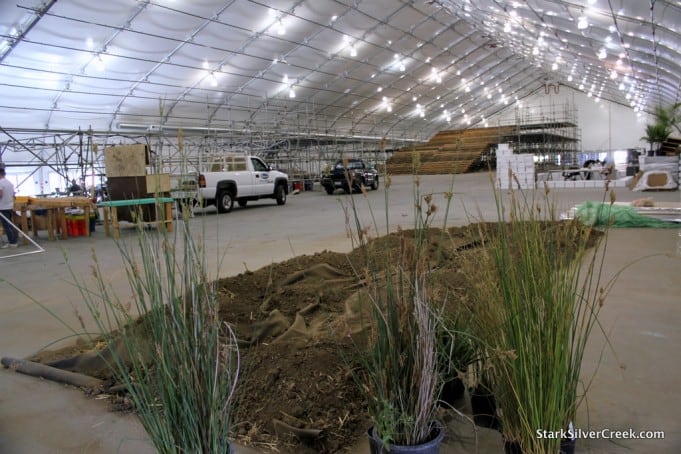 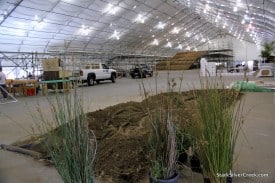 A creative energy force is slowly descending upon downtown San Jose. This Labor Day weekend you could even smell the industrial gestalts: woods, metals, even soils. Imagine, an 80,000 square foot artistic playground! South Hall downtown became exactly that as artists, engineers, architects and all manner of creative people began to arrive for “Out of the Garage Into the World.”

The goal is to create projects for exhibition, performance, provocation, and interaction. From September 4-14, these projects will be “in process” and open for public viewing as part of the 01SJ Biennial.

I stopped by Saturday afternoon to see what was happening. It was the first day, and many spaces were still vacant as arrival and unloading continued well into the evening. Indeed, South Hall feels like a monster garage, and you can immediately sense the creative process. Saws, blow torches, and other industrial tools were all coming to life. Out front, a large banner was being assembled and hung by the entry.

At the south end, it was hard not to notice the wrecked cars — or was this an extremely discounted car lot, overflowing from Stevens Creek? The cars will be used as part of Empire Drive-In, which in turn will play host to the Future Films program.

In this short video, you can get an inside look at Day 1. See if you recognize any of the 32 programs soon to be on display.

Of course, not all goes to plan. Scott Kildall and Victoria Scott’s truck broke down on the way to San Jose from San Francisco. Perhaps the viruses in his Gift Horse are already causing trouble.