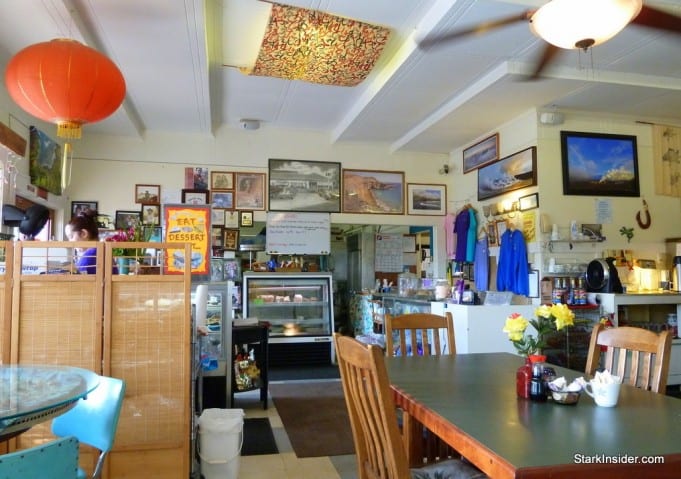 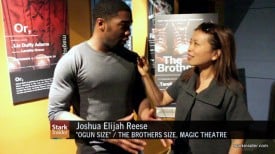 Tarell Alvin McCraney’s Brother/Sister trilogy continues to take the Bay Area by storm. To say it’s white-hot would be an understatement. With raves pouring in, Clint and Loni head to Magic Theatre at Fort Mason in San Francisco to get the scoop at the premiere of part two, The Brothers Size. This may be the most action packed segment yet, and a great one to unveil the new Stark Insider site.

“You have to be advocates,” said Magic’s artistic director Loretta Greco after the show, speaking to the opportunity for all of us to promote the live stage.

Appearances here from some of the biggest names in west coast theater, who were gracious enough to share their thoughts with us on camera: Loretta Greco (Artistic Director, Magic Theatre), Trevor Allen (Playwright – The Creature, Lolita Roadtrip), Joshua Elijah Reese (actor), Tobie Windham (actor), Ryan Rilette (Director), and none other than Carey Perloff  (Artistic Director, A.C.T.).

On A.C.T’s involvement (presenting part 3, Marcus), Carey Perloff told Loni, “We’ve done a lot of producing on that [A.C.T.] stage, and I felt like with Marcus the size of the characters and the richness of the language would hold that stage beautifully.” 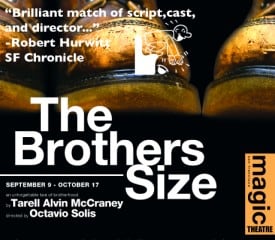 This was a wonderful opening night. I hope the energy and excitement comes across in this — grainy, dark — video. Both part one and part two of the Brother/Sister Plays have been superb, with each showcasing a unique aspect of Tarell Alvin McCraney’s talent. In the Red and Brown Water (review) tells an expansive story with poetic dialog and music. A stark contrast, The Brothers Size (review), directed by Octavio Solis, is intimate, testosterone driven. Fitting for a play with three men struggling to find their way, and keep the family intact.

In terms of video, those that follow our adventures know that the trusty Canon T2i has changed the game for independent film, and also for folks like us trying to keep our heads above the new media water. With 24 fps, 1080p and exquisite quality, it’s transformed the way we shoot segments. Here, it’s definitely dark and grainy (it happens when you go up to 6400 ISO), but I prefer the natural shadows and feel to the big lights that would be required to make it CNN-like. But my biggest apology must go to actor Alex Ubokudom who gave a great interview… with the mic switched off. Of course, my fault — the T2i does not have audio monitoring, its only glaring weakness. But I should know better.

The performances by the three actors in this play are astonishing. And it was nice to see they were so cool off-stage as well. Hey, kind of like Frank Ferrante.

It was a fabulous night, and we’re anxious to see the conclusion of the trilogy, Marcus, next month at A.C.T.