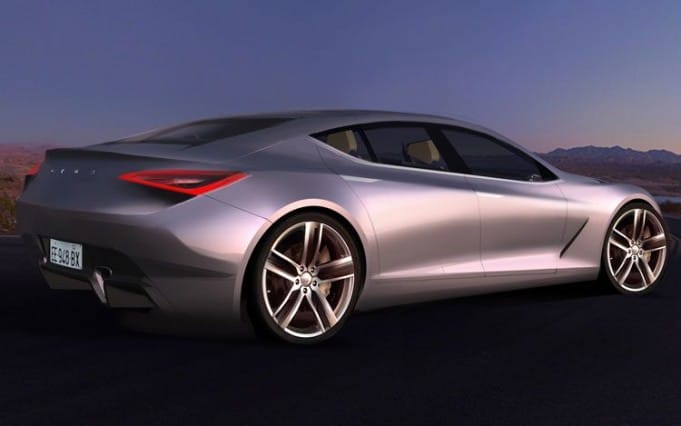 Looking at the most recent photos of the upcoming Lotus Eterne, a four-door “sportscar” and part of its plan to revive the Bond glory years, got me thinking. There was a time when a sports car was a sports car. In the early automotive days, circa the middle of last century, it almost always meant a small two-seater, convertible roadster. Triumphs. MGs. Austins. It was reinvented in the late 1980s by Mazda with their runaway hit, the Miata. Ironically it was released the same year as an upgraded, techno-marvel sportscar, the Nissan 300zx. Guess which one still sells today?

But the baby boomers grew up. And, marketing by damned, isn’t it just great to be able to haul your family around, while still driving a sports car?

The auto industry figured this one out el pronto. The Aston Martin Rapide. Porsche Panamara. Mercedes CLS. And soon, the Lotus Eterne. Another sedan with hot wheels performance.

No doubt, these are astoundingly well-engineered, high performance cars.

But, are they sports cars?

1. They have four doors.

I could stop here. No sports car has four doors. I may be flexible on a lot of things, and I try to realize when I’m being stubborn–and more recently, obtuse; but this one I need to hold firm on: sports cars only have 2 doors (and, in some cases, no doors). But never can they have four doors. There’s already a word for that: sedan.

2. A sports car is about feeling, not necessarily performance.

Someone might argue that the Panamera, for instance, can outperform many pure sports cars. True. You can’t deny the hard numbers. However, look at the Miata, although it may fall into the roadster category, it emotes something pure. As does the Lotus Elan, which is an example of purity of a different sort: stripped down sports car exhilaration.

3. Marketing labels do not make the car — but they sure are influential.

And, it’s not a sedan, it’s a four-door sportscar.

Gotta love marketing — especially the automotive kind. It’s often brilliant and almost always slick and glossy. Check out the latest color chips for exterior and interior combos, and tell me they don’t have some insane, espresso-fueled creative think-tanks on call.