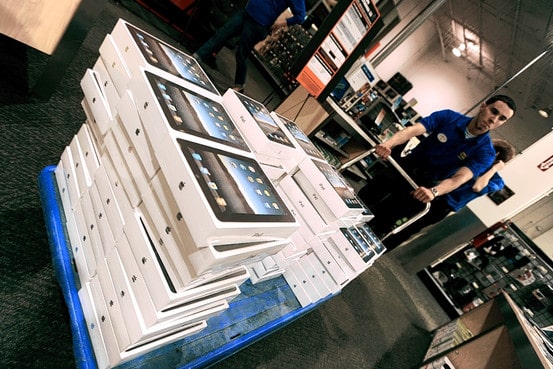 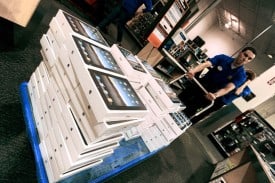 Want to know what’s hot this holiday season? Checking out your local Best Buy (BBY) store may be a good start, although don’t expect to see the usual big screens, desktop computers, and audio hi-fi gear featured prominently. Instead, the $50B behemoth is hedging its bets on mobile devices and video games.

According to a WSJ article, “shoppers this Christmas can expect to see more smartphones, electronic readers and touch-screen computers in the most prominent store displays, underscoring a dramatic shift to powerful portable devices that is fast changing the face of consumer electronics retailing.”

Somewhat surprisingly, large screen TV sales continue to underwhelm at both Best Buy and also Costco–and 3-D TV is off to a slow start. The trend indicates that the market is either saturated or, perhaps, consumers are increasingly turning to mobile devices, such as smartphones and the new Apple iPad (which, according to internal BB estimates, has cannibalized 50% of laptop PC sales), for on-the-go entertainment options.

So, what will the new Best Buy store look like?

It will still be a blue and yellow bath. It’s sure to still have that unique aroma that we all love: something of a mix between new carpet and over-heated circuit boards.

Best Buy doesn’t rule the roost by maintaining the status quo (just ask Circuit City). By continuing to innovate and change up its merchandising mix, they are making the right moves in advance of what’s sure to be one of the most challenging holiday seasons for retailers in recent memory.