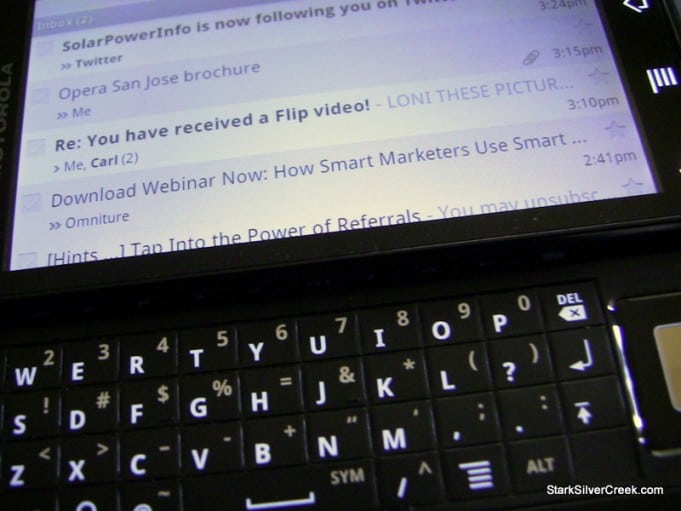 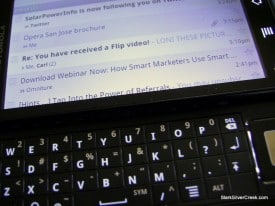 Despite all the buzz around the Apple iPhone 4 (and the hot iPad), Android handsets–manufactured by companies including HTC, Motorola, and Samsung–captured 27% of the market, taking first place in sales. The next closest company, Apple, trailed by 4%. According to the report by Nielsen, however, RIM still leads the market, despite five sequential quarters of erosion in share. One key point: the report does not include July sales and the new iPhone 4 which would impact the results.

Still, there is no denying the obvious change in the smartphone landscape. Since its quiet introduction, and subsequent slow start in 2008, Android has gained traction thanks to its open approach and more-is-better philosophy towards distribution. Last year, largely because of Motorola’s monster Droid launch in November, the OS became a credible alternative.

Many cite Google’s open strategy–licensing its Android OS to multiple manufacturers–as a strategic advantage, one that parallels what Microsoft did with Windows to dominate the PC market. In Q2, Google said that 160,00 Android handsets were sold every day perhaps indicating that lots of choice, and lots of price points can help consumers chose it over competitors that have fewer offerings.

One thing that continues to surprise is the absence of Microsoft in the smartphone race. Although, anyone who has followed tech for the past year or so could probably predict the continued anemic results from the once innovative Redmond giant. Now they have a smartphone strategy that is virtually DOA (a new OS is supposed to hit the  market later this year), and a tablet strategy that is MIA. Add to this a struggling cloud portfolio (dominated by Google), and you have to wonder, what is going on with MSFT, and is it time for a change at the top? Aside from Bing, and some positive Windows 7 momentum, there really is little to celebrate.

Smartphones: All Subscribers (US)