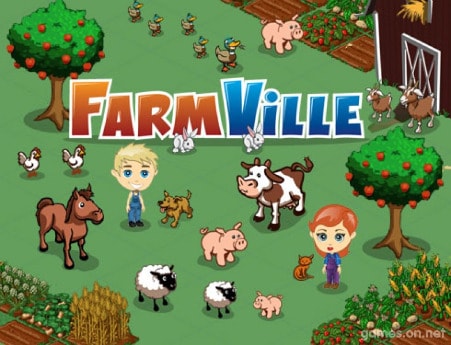 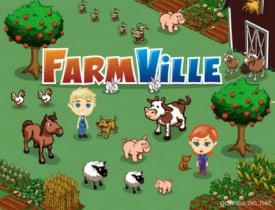 Twitter is red hot. Maybe not white hot, anymore. You get the sense the luster is wearing a little. But it’s still a phenomena and we’re all trying to decode the enigma. Is it just a gigantic, narcissistic spam-engine? Or a truly revolutionary shift in the way we communicate? Some have even figured a way to use the micro-blogging service to measure the mood of the entire country in real-time (always happier at end of work day, and during weekends… yes, rocket science).

But, the big irony is that, despite all the headlines, hype, healing powers even, Twitter makes no money.

For a service with over 100 million users, and the biggest mind-share (along with Facebook) in the known universe, it’s a staggering thought. If you believe management, a revenue model is just around the corner. Any minute now. Like The Kinks once sang, “I’m so tired, tired of waiting…”

Then along came Zynga. Who? Try: Mafia Wars, FarmVille. Yes, those guys… the ones who have combined the best (or some would say the worst) of social media with the traditional, casual gaming market to create a new category of social gaming. It’s explosive. According to a juicy New York Times article on Zynga Games (Will Zynga Become the Google of Games?), they now pull in $500M in revenue (Electronic Arts via their Playfish acquisition is #2, and Playdom #3 in the market).

Zynga reached 100 million users in just over half the time it took Facebook. Yes, people love their games, especially ones that allow them to buy add-ons and upgrades. These micro-transactions (typically $0.99 to $4.99), innocently add-up to some serious-size business. Oh, yes, the company is hiring, planning to add about 400 more employees to its existing headcount of 1,000. Who said start-ups can’t create jobs?

One of the most interesting sub-plots is Zynga’s dependency on Facebook.

Zynga is a Facebook app, and it runs on Facebook’s platform. Spell it out: R-I-S-K. In so many ways. When users complained about the spam-like game updates (“Bob is movin’ on up in FarmVille!”), for example, Facebook acted quickly giving users the option to mute the noise. The result? A 26% drop in Zynga’s traffic.

Then there are Facebook “credits.” The new currency. By forcing app-makers to adopt the virtual coin, Facebook can than take a cut (30%) of the action cutting into partner profits. It’s a slippery slope. Facebook provides the platform, hence it fairly deserves a share to cover costs and make money. But it also doesn’t want to scare away partners.

The other interesting angle: Google.

Google is desperately trying to find a way to cash in on the Twitter and Facebook phenomena. Or, at the very least, defend its existing positions in search and online advertising. But early efforts have not exactly impressed. Witness Google Buzz. The Buzz? Not so much. By cleverly investing ($100M+) though in Zynga, Google gets skin in the game. They’ve just walked in the back door, and indexed profits to Facebook’s growth.

The other idea I came away with after reading the NY Times article on Zynga, is that the market is rife for innovative new business models that combine a traditional market, with a disruptive technology.

Others have emerged as well.

There are many more examples, and many-an-entrepreneur are cooking up new ones by the minute. Use your favorite cliche. What’s old is new again. What goes around, comes around. In the world of tech, it’s all been discovered before. It’s just a matter of marketing, timing, and some good ol’ fashioned gusto.