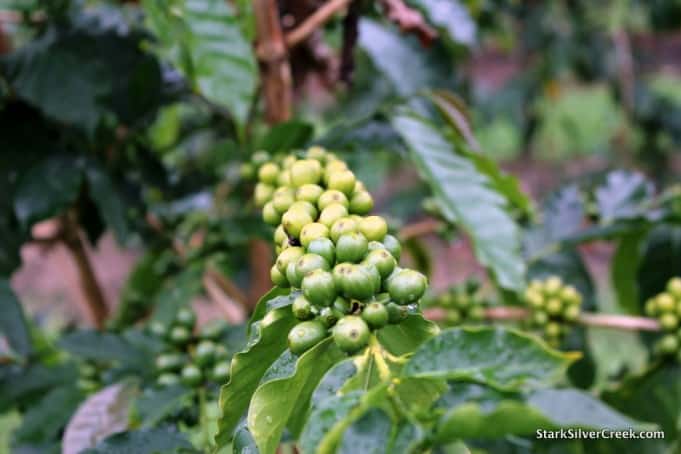 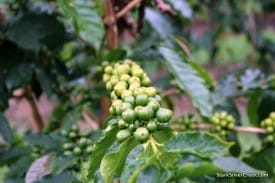 There are no spit buckets. The tasting rooms are decidedly non-Mediterranean. And—thankfully—not once did I need to endure a single Venturi sales pitch. I managed, however, to hear the word “terroir” used at least once in casual conversation. After a day of coffee tasting in Hawaii, I learned that when it comes to coffee tasting there are just as many differences as there are similarities compared to wine tasting.

While you don’t need to worry about a designated driver, you may want to consider assigning a designated listener. After an afternoon of pumping caffeine, the propensity to verbalize, ad-hoc increasing exponentially. Did I tell you about…? Did you know this little known fact…? When I was a kid growing up… I grew up down the street from John Lennon… Where did you buy those sunglasses…?

On an overcast, rainy afternoon, we drove our Ford Fusion rental up the curvy Mamalahoa highway here in Kona, Hawaii which leads to fabled coffee country—2 miles wide, from 700-2,000 feet elevation. The region exports over 100 tons per year. About 100 coffee farms, most family run businesses, line the lush, hilly terrain. Perhaps no other word is as synonymous with coffee as “Kona”. Hawaii, I learned, is the only state in the U.S. to grow coffee plants commercially.

But how would a day of coffee tasting in the mountains of Kona compare to a leisurely afternoon in Napa?

Despite my hobbled leg, courtesy of a hockey injury (MCL tear, grade 2) at Logitech Ice in San Jose just two days before our trip, this story would reveal at least one “silver lining”. It turns out the coffee bean is enshrouded in two layers. The outer, as our guide explained, is the exocarp, protecting it from the elements. A delicate inner layer, called the testa (aka Silver Lining), is actually used in the production of mulch.

Green berries hang from trees across Greenwell Estate, a laid back, unassuming farm that belies the fact that it’s one of the largest exporters of coffee. Eventually they will change into red “cherries” (named after the resemblance) around August when they will be ripe for picking which is done entirely by hand.

True to is reputation, the weather can change at a moments notice. One moment the sun was shining through, the next dark clouds blew over, and sprinkled light rain. 10 of the world’s 15 micro-climates are represented across the Big Island. Coffee beans love it. Sun in the morning. Misty cloud in the afternoons.

One thing to watch for: Kona Blends. These lower cost products usually contain only 10% Kona beans (and can sometimes contain as low as 3%). The rest are lower cost imported beans not from the Kona district. These are popular across hotels. If you want to experience the real Kona flavor, however, then look for beans that are “100% Kona”.

I limped (remember: it’s a cool sports injury, not related to aging!) from the mill across the dirt road back to the tasting room and gift shop, trying to keep up with Loni and our guide.

Unlike wine tasting, the coffee experience is far less ceremonial. Sure, there is sniffing, swirling and critical assessments throughout. A line of coffee dispensers line the small tasting room; a scene you might see at a large conference. Small signs, “private reserve”, “peaberry” explain each type. Oddly, the cup of choice is a small dixie cup. How, I wondered, would the coffee “connoisseur,” be able to evaluate the color characteristics? Perhaps, unlike wine, it’s of less importance?

One thing I did not see: spitting… The only danger after a trip to the coffee belt is over-caffeination, which can lead to the aforementioned frenzied conversations.

My favorite of the lot at Greenwell Farms was the “private reserve”. It was rich, chocolaty. And it coated my mouth leaving a pleasant after-taste. Oddly, although I can easily taste wine at all hours (morning, afternoon, evening), I can’t get used to drinking coffee in the afternoon, especially in the hot, humid Hawaiian climate.