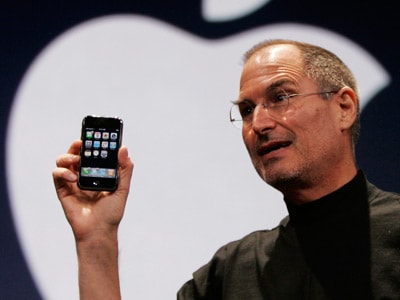 Forget about the circus, Apple is now The Greatest Show on Earth. Its ability to grab headlines seems only matched by the latest celebrity meltdown. And that it can stay so prevalent and active in the press and mainstream culture represents a new milestone in technology.

2010 will go down as the year that tech became the next big reality show. Oh, my antenna! The death grip! Well, don’t hold the phone that way! Down with Adobe (and flash video)! What’s this… the next-gen iPhone, in a bar?! One iPad to rule them all!

One thing, though, is becoming clear: Apple needs a new ringmaster.

Steve Jobs is brilliant. No doubt. Thanks to his return to the company in 1997, Apple is the hottest tech company in the world (and with a market cap about 46% larger than Google, not exactly a chump). But, lately, Jobs is beginning to look like the very Big Brother the company railed so famously against in the 1980’s, especially with the spectacular “1984” commercial (aired during Super Bowl XVIII). I’d say Apple is the new IBM, but its products are just too slick to suggest the comparison.

Bravado, ego and heightened sense of self are, whether we like it or not, important traits in entrepreneur’s who seek to change the world. Middle of the road humility doesn’t pack quite the same punch.

But, when it comes to damage control, customer relations, and, generally, good karma, Apple needs to take a new tack. My suggestion would be to have Jobs continue to be the pie-in-the-sky visionary—a dash of Howard Hughes, dollop of Rockefeller, and sprinkle of, well, Lord of the Rings dust. That’s good. People eat it up. But for the common Joe who just wants darn reception on their smartphone without a special case, or hand contortions: just give them a simple answer, with a smile. Jobs should be less of a spot-light hound, and more of a grand wizard, hiding behind the curtain like in Wizard of Oz. Likelihood of this happening: zero.

Tomorrow is an important milestone for Apple. We’re going to learn how the company responds in crisis, a unique position for the typically magical Cupertino cast. It doesn’t matter so much the reality of the severity of iPhone 4 reception. What matters is public perception. And it’s bad right now; spiraling out of control by the day. It didn’t exactly help that Apple’s initial response was to blow the whole thing off.

Instead, here’s what Apple needs to do:

1. Admit there is a design flaw.

2. Apologize for the inconvenience.

3. Assure customers they will fix it.

4. Describe clearly options to fix it (recall or in-store).

5. Build goodwill, and restore trust. For example, offer a $5 iTunes credit to all iPhone customers (not inexpensive in aggregate, but minuscule relative to customer loyalty).

Meanwhile, the Android camp must be thrilled at this mis-step, just in time for the launch of several new handsets including the second generation Droid, the Droid X from Motorola.

It seemed like just yesterday that Apple was bullying Adobe—it’s you, not me (regarding flash support on iPhone). It’s almost as if tech karma has a way of exacting revenge.

It’s just another chapter in The Greatest Show on Earth.

Send your news, tips and story ideas to press@starkinsider.com. Don’t forget to follow us @StarkInsider and like us on Facebook for the latest in SF Bay Area Theater, Arts, Food, Wine, Tech… and maybe even a blooper or two. SSC – “Twice as fun / Half as smart.”