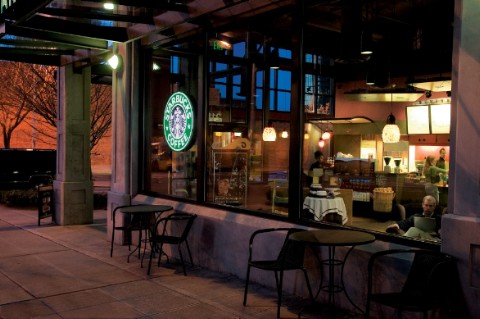 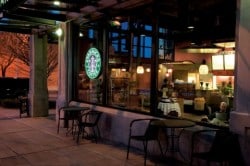 Starbucks today announced they will offer free wi-fi, via AT&T, to all customers. Access will be available with “one click” starting July 1 at corporate-owned franchises across the country. With the emergence of the always-on generation, and the competitive pressure from scores of regional and national competitors (McDonald’s added free wi-fi earlier this year), it was only a matter of time before Starbucks responded.

According to reports, the average customer spends about one hour using wi-fi at a Starbucks location. While many scoff at the notion of laptops (and iPads) popping up everywhere, it simply reflects the times. The Internet is part of our culture. To deprive us of our Google-ing, Facebook-ing, and Twitter-ing is cause, it seems, for civil unrest. And what goes better than watching World Cup streaming on ESPN? Latte!

“Free Wi-Fi is in my mind just the price of admission — we want to create … new sources of content that you can only get at Starbucks,” chairman and president and CEO Howard Schulz told the Wired Business Conference. “This is a thing that doesn’t exist in any other consumer marketplace in America.”

Interestingly, Starbucks realizes the potential for content sales and is building out a proprietary network that could help those wi-fi customers also become music download customers. The new Starbucks Digital Network will debut this fall, in partnership with Yahoo.