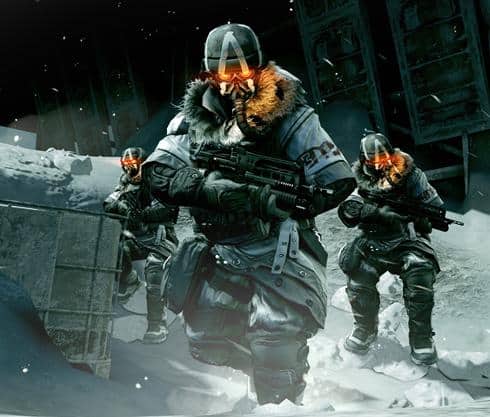 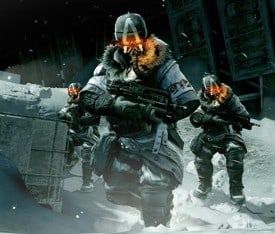 It’s often surprising how much innovation and R&D funding goes into the video game industry. Each year, the three players—Nintendo, Sony, Microsoft—up the ante in an increasingly bloody death match. Killzone indeed. NPD estimates the annual market for video game hardware and software is in excess of $20B. That would largely explain why E3 sees such big announcements and flashy marketing campaigns. A large component of entertainment is firmly rooted in the living room.

This year is no different, and at E3 Expo in Los Angeles, the Mario of annual conferences for the gaming industry, each of the leaders strutted their stuff. And, oh, you may want to be ready for a new trend. It’s called 3-D. Have you heard of it? If you’ve been overloaded thanks to Avatar and a whole new cottage industry of 3-D televisions, goggles and movies, then brace yourself: 2010 is the year of 3-D for video games.

Another trend is motion controllers that enable players to interact with the environment by twisting, jumping, dancing, swinging and hopping. Nintendo pioneered the concept in 2006 with the release of their rocket-ship hit that is the Wii gaming console. Their strategy appears to be paying off. The latest console sales figures show Nintendo leading the pack with almost 71 million Wiis sold. The American, Microsoft, comes in a distant second with 40 million XBOX360 consoles, and Sony trails with sales of about 36 million of its sophisticated and powerful PlayStation 3 console.

So how did each manufacturer fare this year at E3?

That Nintendo is still in business let alone thriving is newsworthy in its own right. In the late 1990’s and early 2000’s it was somewhat of a Luigi, playing second fiddle to the Sony PlayStation juggernaut and the Microsoft XBOX hoopla. Financials were a mess largely thanks to the last generation GameCube which flopped. But, my, how times have changed.

No doubt, Wii is a smash hit. And it’s the number one family choice, with stars such as Zelda, and Mario leading the way with ear-to-ear grins. Now you can add Mickey Mouse to that list of iconic heroes. At E3, Epic Mickey, a new game based on the big-eared Disney character was just one of several strong announcements.

The biggest news news our of team N is the 3-D portable called the Nintendo 3DS. Remember what I mentioned earlier about 3-D? Well now kids want it too, in their hands, on the go. Using a “parallax barrier” LCD screen, whose pixels are aligned so your left and right eyes see different portions of the image, the system will not require the use of special glasses. Depending on your fashion sense, this could be a great disappointment.

No word on price for the 3DS, but Wedbush Morgan analyst Michael Pachter said Nintendo “blew people away.”

Scorecard: B+. Solid announcements that reinforce the brand with a stable of new video games (Epic Mickey) and updates to classics (Zelda, Kirby, Donkey Kong). Potential to lead 3D handheld market with 3DS, but will consumers buy into it?

If Nintendo is family friendly, then the Sony PlayStation 3 is techy friendly. It’s a powerful beast with impressive specs. But that’s been partly the Achilles heel of the rounded black console: It doesn’t know what it wants to be. Sales have been less than spectacular causing many an organizational reshuffle across Sony Computer Entertainment back in Tokyo (and in Foster City here in the Bay Area). With the original PlayStation, launched in 1994, Sony surprised more than a few people with its ability to rapidly achieve video console supremacy.

Perhaps in its quest for processing dominance, it overlooked some of the simpler things like user experience, fun, and ease-of-use; all qualities that Nintendo perfected with the Wii. At E3, Sony layed out plans to also enter the 3-D market, as well as finally release motion controlled capability. Called the Move, it will be released in September and work in conjunction with the PlayStation Eye to enable motion sensing. Early reports indicate it’s more sophisticated and capable then the Wii version.

However, time will tell if Sony has learned a thing or two about the fun factor. Plus it’s hard not to overlook how long it took Sony to catch-up. The Wii has had this capability for four years already!

Sony also announced PlayStation Plus which is a premium version of its free online content network. For $50 per year, players will get access to early demos, exclusive content and presumably lots of cool stuff not available on the free PSN.

Scorecard: B-. Sony would’ve received a better grade had these announcements (especially Move) come at least a year or two earlier. As it is the company is in full-on desperation mode, trying to move the market share needle. But these new products seem: expensive, kludgey, and kind of boring.

The biggest news out of Redmond came earlier this year with the shake-up of its Entertainment division. Robbie Bach, president and original XBOX business visionary, will “retire” later this year. Also out: poster child for Zune and other devices, Microsoft veteran, J Allard. With the XBOX trailing Nintendo significantly, you can bet Ballmer is now busting chops.

However, it appears the ship is not quite righted. Microsoft may have the lease inspiring showing of the three at E3—even with Cirque du Soleil on hand to pump up the audio and visuals.

Kinect is the big news. Essentially a motion sensing camera, the device will unlock a whole new slate of games that will attempt to rival Wii’s family friendly, movement-based titles.  One difference with Microsoft’s approach: No controllers are necessary. Action is recorded via the Kinect camera and doesn’t require the swinging of a controller, for example, to simulate a golf swing. One demo showcased a girl playing with a baby tiger; petting it, playing fetch, etc. Yes, now you can have a zoo in your home, without risk of being eaten.

With Gears of War and Halo, Microsoft owns some of the biggest action franchises in the industry. More than anything that may be their crown jewels. The ability to write brilliant action games that satiate the shoot-em-‘up hunger of a generation of teens and young adults definitely impacts sales favorably.

Scorecard: C. Not much happening in terms of innovation in the Microsoft Camp. But, with a strong lineup of titles with huge, loyal fans in tow, reinforcing their core differentiation (the action game) may be just the ticket.