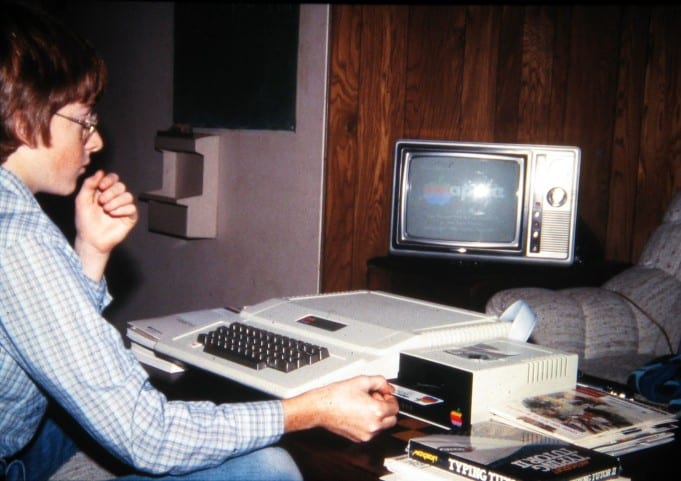 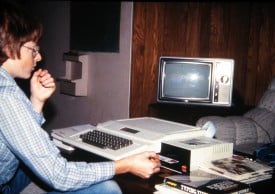 Up and to the right. At Apple these days it’s feeling a little bit like the dot-com. Apple stock (AAPL) stock is flying. New products are being launched at a fast pace, including the new Apple iPhone 4, the iPad (3 million sold in only 80 days) and a new line of MacBooks. And, unlike the meltdown of the early 2000’s, the best may be yet to come. Today, Deutsche Bank’s Chris Whitmore raised his price target for Apple to $375, the highest of any analyst prediction. If it comes true, which doesn’t exactly seem far-fetched given the company’s strong financials, Apple would be valued at $340B.

At $247B Apple is already more valuable than other tech giants including Microsoft ($229B), Google ($157B), Cisco ($133B), Oracle ($117B) and Adobe ($17B). A large part of that is a strong product cycle that is driving a new cycle of buying. I’d be curious to know what percentage of sales are net-new: how many customers are upgrading their hardware versus those that are buying Apple for the first time. Obviously the latter scenario bodes well for continued growth, while upgrades would lead to a short-term blip in revenue.

One of the keys, however, to Apple’s financials though is margin (41% gross profit margin for last quarter). With premium design comes premium profits. By charging more than just about anyone else for the privilege of carrying the latest tech fashion accessory, Apple positions itself as the BMW or Porsche of the computer industry. Because they don’t license their operating system like Microsoft (and now Google), Apple can protect their margins and control the entire ecosystem of hardware and software. This approach has come under some amount of scrutiny recently with Apple’s refusal to support Adobe’s widely used Flash software.

When I continue to read these headlines and witness the innovative products coming out of Cupertino, I have to pinch myself. Is this really the same company the brought the Apple ][ to market in the 1980s? I remember my father bringing one home and setting it up on the dining room table. There we learned all about spreadsheets (Visicalc), word processing (Gutenberg), programming (Pascal), games (Wizardry), and unusual operating systems (CPM). Apple was the early soundtrack to our tech dreams. Then came Mac (then Fat Mac!). And the rest is history.

But it wasn’t always that way. Does anyone remember Gil Amelio? Apple’s product line had sprawled out-of-control, and, shockingly, become corporate. Say it ain’t so! Wrong guy, wrong company. Thankfully Jobs returned to the helm and restored the companies focus on brilliant consumer design.

The question for Apple now: is bigger better?

Apple has traditionally been an underdog. Now they’re a giant; entrenched as one of the marquee tech companies of the 21st century. In this new role, can they maintain the often pirate-like swagger that has led to ground-breaking innovations (at the expense of a shattered ego here and there)?