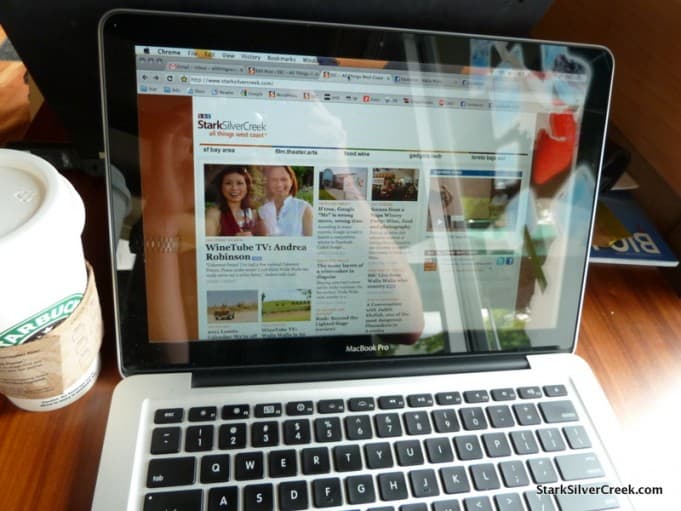 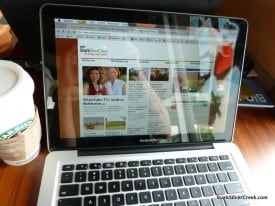 I finally took the plunge. The MacBook Pro arrived last week at the hotel I was staying at for a conference in Seattle. It was the dawn of a new portable computing era for one Stark. Will I miss the little red nub, made famous by IBM on their ThinkPad laptops? Is OS X all it’s cracked up to be? And, most importantly, can I still get the job done on a Mac just as efficiently as I could with a ThinkPad? (without having to dress in a hood & jeans, and smirk sarcastically at others).

Not exactly the kind of important worldly questions or issues that really matter.

Still, tech—and Apple in particular—is grand spectator sport. So much so that sites like Laptop Magazine even have World Cup inspired playoffs for various gadgets. The most recent being smartphones (trusty Moto Droid will face-off against the HTC Incredible in the semi-finals). See, our lives are gadgety crazy I tell you!

The last Apple I owned was an Mac “LC” – one of the first to use a separate keyboard. Before that I had owned (or, rather borrowed, courtesy of my folks) an Apple //e and original Apple ][. It was a magical time (if not somewhat pixelated), the birth of PCs. I learned about desktop publishing, spreadsheets, and, the painful agony of dying repeatedly in games like Wizardry and Zaxxon.

So I finally ordered a Mac. The 13″ MBP seemed ideal. It offers portability with little compromise (mostly the processor) in performance. For travel, and meetings on-the-go, it fits the bill. The magnesium case, while supremely engineered, does add weight, but I’ve already adjusted.

Not that there was anything wrong with the ThinkPad T61p mind you. Sure, it had aged, and the screen was dim causing me to either squint a lot, or run around closing blinds in the office, but it was built like a tank and was more reliable than water on the moon. I still believe the ThinkPad has the best keyboard of all. Plus, the TrackPoint (aka little red nub) makes it a breeze to quickly move the cursor without moving your hands from the keyboard; Mavis Beacon would be proud.

When I picked up the MBP at the front desk, I felt a sense of guilt, like I was somehow betraying Lenovo, my computing partner of the last decade. Then there was the fact that Apple had earned a justified bullying reputation as of late. Poor Adobe. Steve Jobs was starting to look like a wicked pirate, standing atop a mountain of money and intellectually ostracizing us scatterbrained minions; what! can’t reception on your brand new iPhone 4? Then, don’t hold it like that. (peon).

However, one look at the brilliant MBP screen and all of that fades. I like contrast. For prolonged sessions it helps reduce eye strain. The new ThinkPad Edge is a great value, but it’s screen doesn’t offer enough contrast buy comparison. It may sound minor, but it’s oh-so-important, at least in my books.