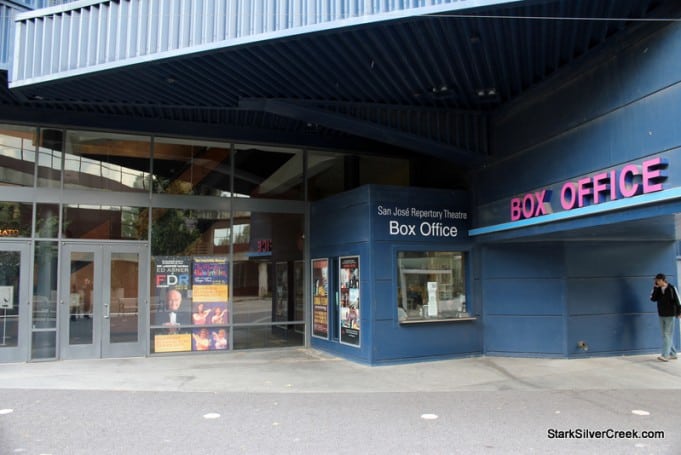 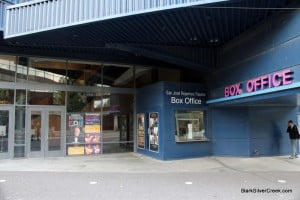 As of today, SSC has published exactly 112 theater and stage reviews from across the Bay Area since March 2009. That includes classical, opera and jazz events as well, but excludes the review of Wicked in L.A (sorry Loni). Why not celebrate 100, or some other reasonable number, like most normal people? That would be me again. Inspiration strikes at the oddest times, and I find that often it happens in between my rule-of-thirds transitions: that is from espresso (morning) to Diet Coke (afternoon) to wine (evenings). In between there are moments when the brain really fires off all kinds of inspired neurons. This time, I wondered how many reviews away we were from 100. I thought I should make note, and write a short celebratory announcement. Life’s too short not to mark special occasions, no matter how small—and I’m not good at it. 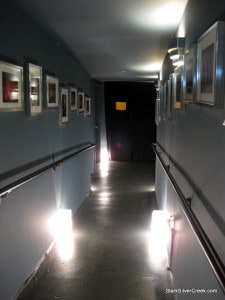 It all started in March 2009 when we covered The Kite Runner at the San Jose Repertory Theatre. And what a show! From there, we began to travel up and down the Bay Area from San Francisco to Berkeley and back down to San Jose, hitting theaters both large and small. The idea was to bring a new perspective. Something fresh hopefully. Not that there was anything wrong with the Merc and Chronicle coverage, granted. It’s just there’s less of it thanks to the malaise that is the traditional media publishing business. Transition is not easy. Lindsay Lohan, it seems, is more interesting than Seana McKenna or James Carpenter. Why must I click three or four times to find the latest review or article by Karen D’Souza or Robert Hurwitt. We must know what the little man is doing!

So when I finally decided to check, for posterity, the number was 112. We’re always too busy looking forward. But sometimes I suppose it is nice to look back—take a deep non-social-media breath—and smile, even if the number is not perfectly round. 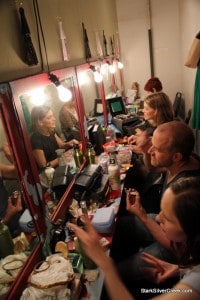 It’s true, a panini can score more traffic than Shakespeare.

But we do it because it’s fun, and the thrill of the live stage is unparalleled. Along the way, others joined with their own, unique and wonderfully creative viewpoints. Patricia Reardon. Eugene Lee. Al Graichen. And most recently Cy Ashley Webb have all contributed their time and effort to help continue to bring theater and arts coverage to the Bay Area. To them, so many thanks.

The funny part is that I feel like we cover a lot of theaters, a lot of shows, a lot of events. Of course, we don’t really. There is so much happening, and so much ground to cover, that it’s impossible to do it all. For all those in Marin, Antioch and south of San Jose, we’ll try, but it’s hard to get to your location, short of some sort of time travel device. If you know someone who’d like to cover theater, arts, events in those areas or others (including the Bay Area 101/880 axis) please have them contact us. 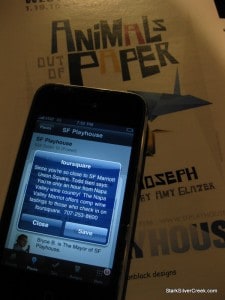 What’s in a number? We score shows (and books, films) on a scale of 1 (lowest) to 5 (highest). Many have suggested that we explain in detail the system, and I think that’s that a good idea. I’ll publish a full explanation soon. And the reason why we even have any rating at all is because it’s what people want. It’s just the way it is, human nature. How was the show? Thumbs up, thumbs down? Scale of one to ten? What’s your top 10 picks? The public must know.

I cringe when I look over some of my reviews. Scoring other people’s work like that is somewhat embarrassing to me. We don’t want to be critical, we want to be positive. In the past we’ve toyed with the idea of abandoning the score. But stuck with it. A rating does help promote discussion and comparisons, which can be meaningful.

I don’t know what possessed us to shoot these flip-style “on location” video segments (23 and counting). Are they glossy home movies, or of interest to anyone else (aside from Terence)? Either way, we enjoy trying to capture the thrill of live theater and stage. It’s not always easy. Sometimes I need to adjust a shot so we haven’t got too many walkers in the background (terrible, I know). Other times Loni and I are so annoyed with each other it’s a painstaking process to drum up the smile and excitement, especially after covering three shows on successive evenings. Of course, that’s when we get our best stuff.

There was the time I shot 15 minutes at Berkeley Rep’s Girlfriend, before realizing at intermission the microphone was switched off (or as I prefer to say: broken). Probably didn’t matter anyways. I thought we’d just scrap the footage. But decided to use the sub-titles instead. It may mark the first time in history I’ve been able to control what Loni said.

Because there’s a new generation of theater-goer out there that is into social media, that doesn’t read conventional newspapers, and might just respond to something we (and others) do, however silly. Plus, it gives me a chance to buy gadgets. Canon T2i! And sneak in homages, like the one for Dario Argento on an absurdist evening in the Tenderloin.

So there you have it. 112 reviews. About 10 shows per month. Thank Damien it’s not 113! And that’s not counting previews, SSC Presents interviews, etc.

I hope so. It’s community-driven to a large extent. Others contribute their time, get to see a show, and in exchange the theater gets coverage. And because we’re built from the ground up on a model similar to a non-profit (i.e. non profit), and share a common love for theater and the arts (and wine and food and travel…) I’m guessing it can stand the test of time, and weather an economic downturn or two along the way.

Until my next chemical synapse.