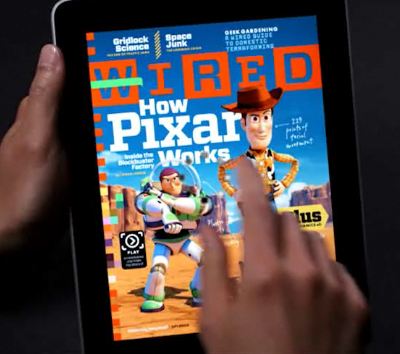 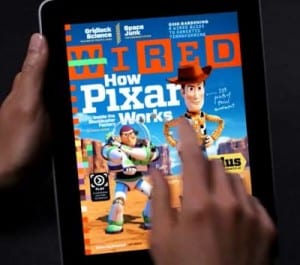 The market for technology that drives the next generation of magazines and animated web sites continues to sizzle. Adobe today announced it has released a new digital magazine viewer that enables publishers to bring digital versions of their magazines to life. The viewer is based on the same technology used to create the popular and widely discussed WIRED app for the Apple iPad. Available for $4.99, the app has been a runaway sales success with over 25,000 units sold on just the launch day alone.

“Adobe’s work with WIRED has resulted in a digital magazine format that creates an immersive experience, allowing a publication’s unique content, look and feel and advertising to stand out in the digital realm,” said David Burkett, vice president and general manager, Creative Solutions at Adobe. “We aim to make our digital viewer software available to all publishers soon and plan to deliver versions that work across multiple hardware platforms. It’s safe to say that if you are already working in InDesign CS5, you’ll be well on your way to producing a beautiful digital version of your publication.”

Using the technology, says Adobe, will offer the best of both worlds: readers are able to experience the design fidelity of a print magazine, with the dynamic interactivity of digital media.

Advertising is obviously a key business driver for the move to digital, and the new technology also “promises a new advertising paradigm” although details were not provided on how exactly it could be used by publishers to increase their ad inventories.