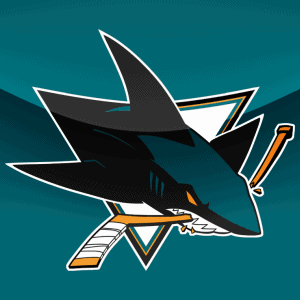 Take a deep breath. Try not to hyperventilate. Yes, the San Jose Sharks are going to the conference finals for the first time since 2004, and for only the second time in team history. With a nerve-wracking 2-1 win over the feisty and talented Detroit Red Wings team, San Jose will now face either Chicago or Vancouver for the rights to represent the West in the Stanley Cup finals. Maybe Neil Young in the house is the charm.

Shouting to be heard above the ecstatic hometown crowd, Joe Thornton said, “Everybody had a part in this. The fans love this. We love them. Bring on the next team!”

Regarding his line’s offensive return to form in this series (over 50% of the goals) Marleau said, “It’s nice to be able to contribute. As long as we’re playing hard and getting the wins, that’s all that matters.”

While youth carried the Sharks in round 1, the veterans and stars came through in round 2.

Tonight, in particular, Heatley, Marleau and Thornton all appeared hungry. You could feel it, especially late in the third period. Let’s finish it they must have thought; throwing the body, desperately reaching to flip the puck out of the zone.

Captain Patty Marleau’s leadership shined at a key moment, igniting his team’s energy. His third period goal from the slot on a turnover was ultimately the difference. Just after a face-off, Heatley aggressively pursued Rafalski behind the net on the forecheck, forcing an errant pass. Marleau wasted no time in snapping it past Howard in dramatic fashion as the Shark Tank exploded. Minutes earlier, Pavelski missed high right on a penalty shot, and it seemed to deflate the team. But after Marleau’s go-ahead, the crowd was abuzz, salivating at the prospect of finally knocking out the storied Detroit Red Wings.

A lot of things will be written about the Sharks. And still many questions remain. Why, for instance, does the team consistently sag in the middle of games? Only two, second period goals were scored by the Teal in this series. The good news: comebacks and strong play when it matters most at the end of games have been their calling cards in these 2009/2010 NHL Playoffs.

The bottom line is the San Jose Sharks have reached the Conference Finals and are within four wins of a Stanley Cup appearance.

Despite nagging questions, there’s a lot to like about this team. Nabokov has been strong in net, without Halak-like fanfare. A silent Nabby it seems is a good Nabby.

Another positive is the depth of offensive contribution. While criticism of the top guys such as Marleau, Heatley and Thornton was warranted against Colorado in the first round, they emphatically quelled it against Detroit with clutch performances. Then a playoff star was born: sharpshooter Joe Pavelski has surprised everyone so far with his dazzling exhibition of scoring touch. Further, other young guns are starting to emerge including Couture, McGinn and Demers. It appears to be a formidable combination of experience and youth.

I have a feeling though, we ain’t seen nothin’ yet.

Expect a torrential Conference final. It looks like San Jose will meet up with Chicago, unless Vancouver can muster a big-time comeback.

Regardless of foe, the path to Stanley’s Cup is decorated with blood and plenty of molars.