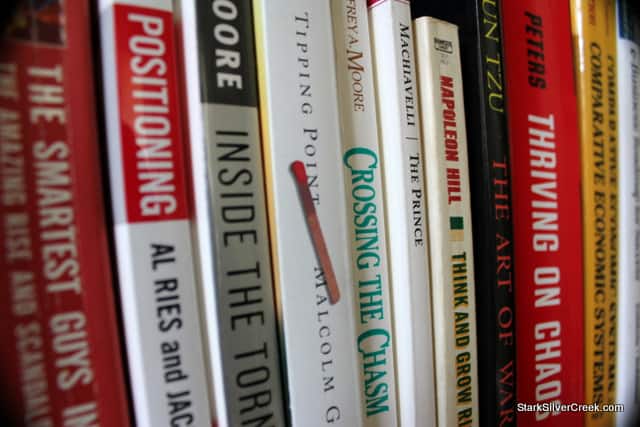 Not a day goes by it seems without another article written about new media. Lately, they’ve become increasingly focused on monetization and sustainability. In this world of freemiums and ad-driven apps, will a new business model emerge that will drive a new generation of media companies?

The answer is likely yes, if only because of necessity.

But it’s clear we’re not quite there yet. Thousands of once employed writers sit on the beach, blogging part-time and freelancing, looking (and hoping) for a glimmer of a future that will see them get paid. Meanwhile, publishing entrepreneurs are trying new things. Some will stick, others won’t.

The latest article to catch my eye is a well-written piece, Putting a Price on Words, in the New York Times by Andrew Rice. Although rambling at times, it’s a must-read for fans of new media, and entrepreneurship. A quick aside here to note I might have missed this article if Steve Heimoff had not mentioned it on his wine blog (hands-down the best daily wine blog on the planet, right now – with honorable mention to Tom Wark’s industry blog).

Rice does well to simply describe how the publishing model has changed.

There used to be two revenue streams: subscribers paid for a newspaper; and advertisers paid to reach them. I would also add classifieds revenue to that equation—now decimated by online services such as Craigslist.

When newspapers transitioned to the Web, why then did online ad revenue not make up for declining paid subscribers? According to Rice it was because of competition. And I think this is a key point: the online world is less regional. Competitive barriers are lower, resulting in more choice. Therefore, online ad rates could not match print counterparts. This is The Gap… not the store, but a severe disruption to everything previously understood about media business models. Consequently: lay-offs, downsizing, expense “alignment.”

The Faster Times, a new media company profiled in the NY Times article, is an example of a new model based on pooling of writers. Critical mass, like manufacturing in the 1980’s, is essential it seems in the new world of online fiefdoms. I don’t buy that entirely, but I can see why economies of scale are valuable.

So how much is a piece worth today?

“I don’t think anybody has any idea of what anyone should be paid for a piece anymore,” Sicha says. “It’s more than $25, but less than a thousand . . . I think?” He added that, as of now, the Awl doesn’t pay much to anyone, including himself.

We don’t pay on SSC. Nor do I think we ever will. I see other models emerging based on start-up like funding. It’s great in the early days: Hire a bunch of talented writers, throw a big launch party, lease an expensive downtown office. Life is good. But what happens after you’ve burned through $4 million. Then what?

Obviously, sustainable publishing models need to be built on the concept of writers getting paid. And publishers need to make money to stay in business.

From what I can tell only 1 revenue stream exists in the online world: Advertising. It’s unclear whether paid content will work. The Apple iPad may change the game. But for every paid service, there are scores of free ones, with content of equal quality.

It’s still early. Many online publications will go down in a ball-of-WordPress flames if they don’t build their business model from the get-go to support itself, and scale over time. The search for sustainable business models continues.