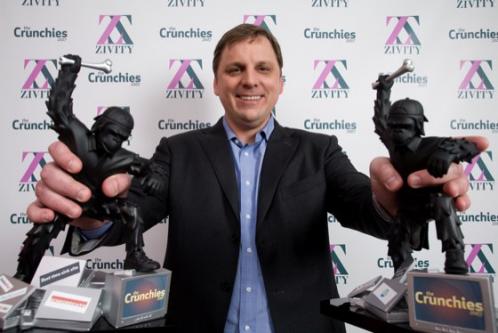 Michael Arrington, who founded TechCrunch in 2005, has announced that he “moved” his primary residence to Seattle last weekend. According to a post first thing this morning (Hi, Seattle) on the popular tech blog, he says he’ll split time between his new home there and Silicon Valley.

Why the move? Arrington says it’s to cover more of the entrepreneurs that are emerging from the Northwest, which he describes as “sort of like the minor leagues of the startup world.”

Another reason he cites for the move is simply change, indicating living for 5 years in Silicon Valley is the longest run of any location since leaving High School.

The 40-year old publisher has become a regular commentator on the tech scene.

TechCrunch has grown tremendously over the past five years, and now employs 20, and has writers located around the world. A new video studio is in the works.

Others note that the wording of the post which includes the expression “primary residence” connotes some sort of tax positioning, possibly to minimize tax liability for an impending transaction such as the sale of TechCrunch.

According to compete.com, TechCrunch draws between 1.5 and 2.0M unique visitors a month, placing it in second place, behind Mashable, a popular tech blog focused on social media.

Stay tuned, with Arrington there’s always more to the story.