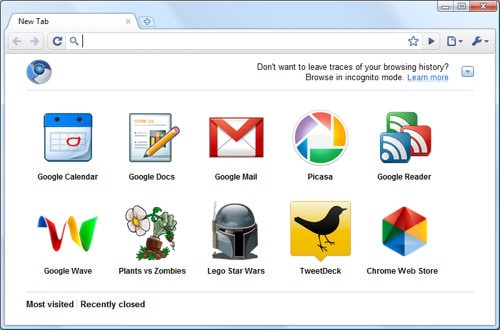 Google’s I/O developer conference kicked off yesterday in San Francisco, and while there’s been no out-of-this-world, game-changing announcements, there are a few interesting headlines that could pave the way for future bombshells. Notably, video and an upcoming app store—two areas where I see Google investing heavily.

The most interesting is the The Chrome Web Store, “an open marketplace for apps,” announced yesterday. iTunes, and more recently the rocket-ship that is the App store, is a strategic advantage for Apple. There is no one else that comes close. That are bits and pieces here and there; Hulu, Amazon, and the Google Marketplace, for example. But none can match Apple ease-of-use or breadth of content. So it’s no surprise that Google would finally mount a challenge (and you may be wondering like me, Microsoft, where are you…?).

From the Chromium Blog, “Google Chrome users who find web apps in the store will be able to create convenient shortcuts in Chrome for easy access. Also, developers will have the option to easily sell their apps through the store using a convenient and secure payment system.”

There are scant details, but we do know this:

For more visit The Chrome Web Store, just don’t expect a whole of information just yet. A keynote video apparently will be posted soon.

Early take on The Google Chrome Store: A developer-centric offering that will appeal to the techies more so than mainstream consumers. What about content deals for video such as movies, TV shows? So far, it appears to be focused on just Apps. Apple iTunes will continue to rule that roost for now. But for web-based Apps that run in browsers (arguably the here and now), The Google Chrome Store could be formidable.