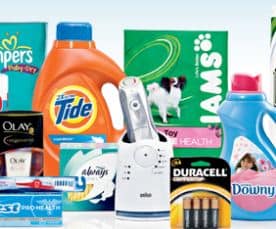 Kantar Media reported this morning that U.S. ad spending fell 12.3% in 2009. Newspapers and radio were hit hardest, each declining about 20%. The only category to grow was Internet at 7.3% (note that this figure does not includes search ad spending).

“The advertising recession began to ease in the final two months of 2009 and preliminary figures from the first quarter of 2010, when compared against the abyss of a year ago, indicate many sectors are experiencing growth,” said Jon Swallen, SVP Research at Kantar Media. “Given the restraint in consumer spending, it appears marketers have more confidence right now than their customers. As we get deeper into 2010, the pace of consumer activity will be a key determinant of the strength and durability of the advertising recovery.”

More information is included in the Kantar press release.

Ad spending is a good bell-weather for the economy, so it’s no surprise lots of people follow the numbers to look for signs that conditions are improving.

As I scanned the report, the numbers that really caught my eyes though were the amount of money the top 10 companies spend on advertising.

As a whole group they spent about $16.5B last year. The top spender is Proctor & Gamble, who constantly reminds us in the most creative of ways to brush our teeth and wash our clothes.

Interestingly, the top 10 maintained ad spending as a group in 2009, indicating possible implementation of long-term marketing strategies built to withstand a downturn or two. In fact, you could argue that in a weak economy it pays even more to spend more. Your competition may be weakened, and consumer’s wallets are even harder to crack open. So, the thinking goes, spend your way into their minds!

3 of the top 10 spenders are from the telecom segment and include Verizon, AT&T and Sprint. Healthy profits are up for grabs when signing on new customers who must commit to two year contracts.

I was slightly surprised at the number 3 spot. GM finished the year having spent about $2B to remind us that Buicks aren’t so bad after all, maybe even hip. At least that’s what Tiger once tried to tell us.

Speaking of cars, the number one ad category is, you guessed it: automotive. Although year-over-year spending was down 23%, car manufacturers still spent over $10B on ads in 2009.