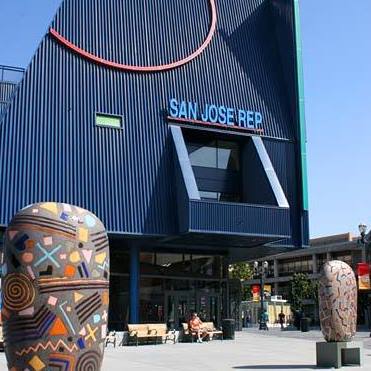 The San Jose Rep has issued a formal response to concerns arising from an auditor report that questions the financial viability of the flagship theater. According to the report, with an operating loss of over $400,000, the theater might even need to close by August 2010. The story was run by the AP, and carried by the San Jose Mercury News.

The Rep’s response rebuts the findings and details specific measures taken to endure the extremely challenging economic environment. In addition, it cites that the report “did not reflect a complete financial picture” and that the theater has weathered the traditionally tough Dec-Feb cash-flow cycle.

Further, next season, the theater is removing one week of performances for each show, and implementing other aggressive cost cutting measures.

The Theater is current on the line of credit received from the City of San Jose in 2006, and ticket sales are on track, and even exceeding sales this time last year, for next season which begins September 2010.

“While these are challenging times for any business, the Rep’s Board of Trustees has complete confidence in the Rep’s leadership team of Rick Lombardo, artistic director, and Nick Nichols, the managing director. Together, with the committed board of trustees and the rest of the staff, we are committed to managing costs and driving revenue, while continuing to present the highest caliber of professional theater in the South Bay,” said Nadine Priestley, President of the Board of Trustees.

SAN JOSE, Ca. (March 10, 2010) — San Jose Repertory Theatre is vigorously addressing concerns over the organization’s financial outlook as recently reported in the news. These reports on the financial prospects for the institution did not reflect a complete financial picture of the theatre nor did they reflect the current trends the venerable cultural asset is experiencing heading into the third quarter.

The note in San Jose Rep’s 2009 audit acknowledges the uncertainty the Rep faces in this recessionary economic environment. Specifically, the auditors were concerned with the Rep’s ability to navigate the normal annual low point in the Rep’s cash flow cycle – December through mid-February, especially given the current business climate. With enhanced fundraising and cost containment, the Rep successfully navigated this cycle, and its current financial position is trending in the right direction.

The Rep continues to execute on a business plan for today’s uncertain environment that includes salary roll-backs, not filling two recently vacated senior staff positions and aggressively controlling expenses. Next season, the theatre is removing one week of performances for each show. This creative solution allows the theatre to serve the community in the same capacity with a full season of six shows but offers a savings equivalent to the production of an entire show and, will provide fuller houses for the actors and patrons.

The reports also cited the Rep’s shrinking assets. This decline, however, is largely the result of the annual step down in the value of the “promised use of the building” that is owned by the City of San Jose. The Rep occupies the building and is primarily responsible for the facilities operation and maintenance. This year the cost of operating and maintaining the facility accounted for more than 20% of San Jose Rep’s annual operating budget.

“While these are challenging times for any business, the Rep’s Board of Trustees has complete confidence in the Rep’s leadership team of Rick Lombardo, artistic director, and Nick Nichols, the managing director. Together, with the committed board of trustees and the rest of the staff, we are committed to managing costs and driving revenue, while continuing to present the highest caliber of professional theater in the South Bay,” said Nadine Priestley, President of the Board of Trustees.

The trends are positive heading into the third quarter. Ticket sales for the next season, which begins September 2010, are strong and significantly ahead of last year at this time, fundraising is tracking as planned and is expected to meet goal by the end of the fiscal year, August 31, 2010 and expenses are in-line and on budget. The Rep is current with the City of San Jose on payments for the line of credit received from the City in 2006. Contrary to what was reported in the news, the Rep continues to make great strides in expanding the donor base of community support for the Rep’s operations and its service to the community with its diverse education and outreach initiatives.

With the steadfast support of the Rep’s donors, subscribers, funders and community partners, the Rep continues to play a vital role in contributing to the canon of American theatre with such work as the world premiere of The Kite Runner, the critically acclaimed, high tech production of As You Like It and the groundbreaking South African play by Ian Bruce, Groundswell. As an essential community asset, downtown business and local employer, the Rep brings more than 100,000 people into downtown San Jose annually through its six show mainstage season and as a state-of-the art performance space for other arts and cultural organizations.

About the Rep
Celebrating its 30th Anniversary Season, San Jose Rep is an award-winning, non-profit, professional theatre company in the South Bay, presenting six main stage productions each year. As a major contributor to South Bay’s cultural community for 30 years, the Rep’s mission is to engage, entertain and inspire people. The Rep produces innovative theatrical performances that offer fresh perspectives into the human condition, educational programs that promote life-long learning, and outreach initiatives that benefit our diverse community.