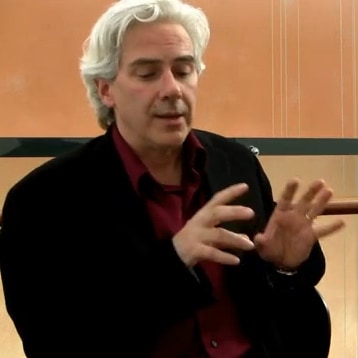 A very busy Rick Lombardo, artistic director, goes above and beyond as he sits down with Loni for almost half an hour to talk about the exciting, upcoming 30th anniversary season. It doesn’t get any better than this, especially if you’re a fan of the San Jose Rep, our flagship theater here in the South Bay.

And in case you were wondering, yes, hair is all in place here; as are the laughs. It was so smooth and fun it was almost as if they had done the interview once before. That, however, is a Twilight Zone-like (or should I say Weir-like?) story for another time.

What about this upcoming 30th anniversary season then?

For starters, you’d could say it’s coming home. After this season’s colorful globe-trotting—South Africa, Ireland, Cuba—the plays are predominantly back on US soil. Also, open your arms and welcome: the under-represented female protagonist.

“I think sometimes women don’t get their due on American stages,” he says.

Loni digs even deeper and gets Rick to reveal some of the thought process involved in choosing the plays. With a deep catalog of classics competing with new, fresh material from emerging playwrights, how does he make the tough calls?

Plus, learn the answers to other questions. Why do names such as Warren Buffet, Bill Gates, Rubert Murdoch, and Larry Ellison come up? How will the Rep bring touring shows to students? What’s the average theater-going demographic and how does that impact season planning?

But I’d be spoiling things, and I’d rather Rick Lombardo give you all the juicy details on what will be hitting the stage at the Rep next season.