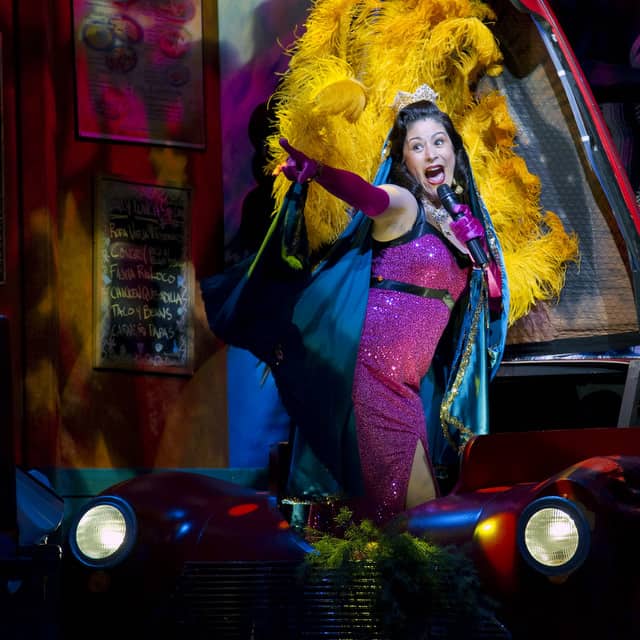 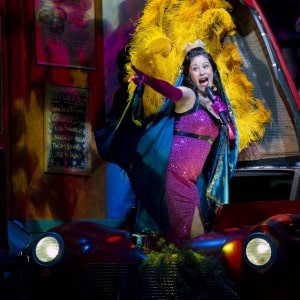 Have you heard the news? A red Cadillac has crashed through the wall of a Mexican Cantina at Lucie Stern Theatre in Palo Alto. The driver, Loni Kao Stark of StarkSilverCreek, was uninjured, but remains slightly dizzy and confused, hence the numerous retakes and  flubs seen in the footage of the accident included here. Once again my theory proves right: I should drive, Loni should sleep in the passenger seat; it’s the best way to arrive safe and sound.

If you want to see the crash for yourself, in person, then make sure to head to TheatreWorks at the Lucie Stern Theatre in Palo Alto for the latest production, Sunsets and Margaritas. Meanwhile you can read on and view the video below.

This is how you do it: live, one take, old school. No CGI. No multiple attempts. And no stunt men. It’s one of the thrills of live theater. Despite the best of planning—including labeling rubble individually—anything can happen when you roll a 1930s classic red Cadillac through a wall night after night.

A specially trained crew of 3 rig the car using a ramp, tear away wall, and other devices seen in the video to pull off the effect. Some dramatic sound effects and lighting are icing on the cake.

Artistic director Robert Kelley told us that the same show in Denver didn’t use a dramatic crash, instead opting for mostly imagination. Effects in a show are dependent on the theater space available and budget. In this case, playwright José Cruz González included a dramatic crash in the updated script for TheatreWorks. Kelley and his talented team went to work and came up with crash you see in this video, although the actual staged version is more impactful with the full-on sound effects. Plus we don’t hear any of Loni’s screams. Loco!

But here are the two big questions:

Why does the Cadillac end up crashing into the restaurant?

And, what happens next?

To find out, head to TheatreWorks at Lucie Stern for Sunsets and Margaritas. Just be careful where you park. And, please, do not let Loni park your car.