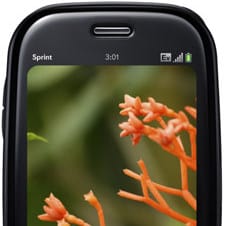 Shares of Palm Inc. (NASDAQ: PALM), which sells smartphones such as the Pre, plummeted 25% this morning amidst concerns about viability. The financials look rough with revenue for the end of May period a paltry $150 million. Most expected twice that amount; and the most recent quarterly loss is just over $18 million, the 11th quarter of losses in a row. Market share has fallen to just 5.7%, while competitors such as Android have grown.

“Our recent underperformance has been extremely disappointing to me personally and the entire Palm team,” Chief Executive Officer Jon Rubinstein said yesterday on a conference call. “We’re very realistic about our near-term challenges, but the issues we’re facing are far from insurmountable.”

The news is hardly surprising. Palm has been running low on operating cash for some time now, and with larger, capital-intensive competition from Apple, RIM, Google and Nokia, it’s hard to see how they could navigate through this latest crisis.

I wrote late last year that “as we sometimes hate to admit here in Silicon Valley, technology alone is not a viable business model.”

Indeed Palm has demonstrated technical prowess at the expense of plain old money-making business sense. Its WebOS is widely regarded, and so are recent handsets such as the Pre. Others have definitely looked to Palm for inspiration in their designs.

However, Palm has stubbornly stuck to a combined hardware and software strategy that leaves the already cash strapped company spread too thin. Even gorilla Google partners for manufacturing, with HTC for example on the recent Nexus One smartphone.

I’d suggest it’s time to look at a quick exit. The longer the company waits, the less valuable it becomes as cash and market share dwindle. One idea is to divest the hardware, and focus exclusively on software. They could license WebOS to others, at possible lower fees then Microsoft (Windows Phone 7) and Google (Android). Plus long-term the margin is in software, not hardware manufacturing and design.

A writer for Gizmodo, and former Apple engineering director, suggested that Google would be a good suitor. I’m not so sure I buy that one. Google already has a growing mobile operating system in Android, and has chosen to license it to other manufacturers. But aside from that, the business fundamentals are weak. Palm is a money losing business. Market share is declining. There is probably nothing unique in the IP that Google doesn’t already have. From any reasonable viewpoint, at least in my opinion, I can’t see what Google would gain.

We’ll all be watching a Silicon Valley favorite to see if they can once again avert disaster and rise from the ashes. It would be deja vu, all over again. It’s hard not to cheer for the underdog.