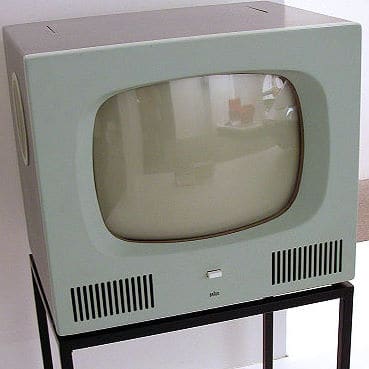 The Internet is abuzz, Google TV is coming. Remember Web TV? It was supposed to transform our living rooms into an entertainment and web-surfing paradise. In a way, that’s exactly what’s happened. But not as originally planned.

Instead, I’d score the battle in favor of the video game systems—XBOX360, PS3, Wii—when it comes to living room supremacy. With a PS3, for example, you can already surf the web, download games, stream movies. An optional keyboard can turn the rig into the ultimate living room PC.

So why is Google making a push into this market?

If more people watch more stuff in the living room with kids, parents, babies all gathering around, then that’s where the Ads will go. And where the Ads go, the money goes.

Therefore, Google, being an absolute ad juggernaut thanks to uber-successful AdWords, must go there. It’s similar to their push into mobile with Android. Ads are also going mobile. Again, that’s where the eyeballs are.

The not so easy part is all about the execution.

How will Google do it?

So far score points for smarts. They will not go it alone. Google will partner with heayweights Intel and Sony.

Good: It will run a version of Android, which has proven mighty successful in the smartphone space.

Bad: It will run on Intel’s slow Atom processor. Ideal for netbooks, but as a multimedia hub?

Been there, done that

Welcome to a crowded market. Cisco, Microsoft, Apple, TiVo, and others, including Sony (with PS3) have been playing in this sandbox, with limited success, for years.

Google has shown it’s willing to take risks and make mistakes. Take, for instance, the rocky launch of the Google Nexus One which has not exactly been a champion of sales. However, like Microsoft and Apple (even Oracle for that matter) in the 1980s, and early 90s, successful tech companies have a history of trying new ideas, and then re-loading when things go awry or quickly latching onto those that take hold.

Most of the details are hush-hush with tiny, well-calculated leaks making their way to the press. According to reports it’s been in the works for months. No announcements including release dates have been made, at least not to my knowledge.

The first generation Google TV will be rough and not sell well, except to early adopters. However, like their mobile strategy (try, try again!), the follow-up products will do better, and pave inroads for Google into the living room. Two caveats: partnering is a must; content is still King.

When will it be available in 3-D?