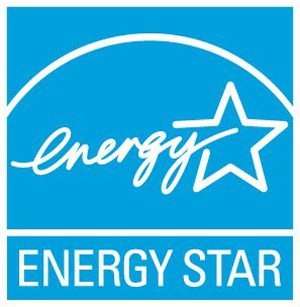 Yesterday the Federal Government announced plans to start testing Energy Star claims to ensure manufacturer’s appliances are in fact saving energy. According to Consumer Reports, even some non-Energy Star products are more efficient than the those bearing the familiar blue logo.

Feel free to scratch your head in disbelief: you mean they don’t test before granting certification?

It might not be exactly hard to believe that we have yet another Government program failing to protect consumers and letting companies get away with advertising misleading information. This is getting old. At what point will the system weed out all of the criminal elements and restore the trust of the people?

“The steps are part of an overall effort by the Obama Administration to improve the energy efficiency of homes and appliances to save families money,” the announcement said.

Although paling in importance to the current Health Care Reforms, it’s one more example of a shoddy state of affairs. Here we have an 18-year old program with good intentions: to promote energy efficiency, and to help consumers make informed decisions when purchasing major appliances such as refrigerators, washing machines and televisions. Yet failing when it comes to enforcement.

Like the over-used term “organic” at some point a line was crossed, and a program with meaning and value turns into shallow marketing hype.

According to USA Today, “Consumer Reports applauds those energy savings but argues Energy Star has lost some of its luster, because it’s not updating its criteria often enough. As a result, it says that too many products in some categories bear the logo, rendering it almost meaningless.”

The good news, at least on the surface, is that Obama is taking matters seriously, ordering a clearing of the logjam and a focus on enforcement, which includes actions against 35 manufacturers:

EPA and DOE have taken a series of actions in recent months to ensure compliance with both Energy Star and DOE’s appliance efficiency standards, including taking action against 35 manufacturers in the past four months. The Energy Star program helps consumers identify the products that are highly energy efficient and will save them money on utility costs, while DOE’s minimum appliance efficiency standards apply to all appliances and set a baseline energy efficiency levels for appliances.

I suppose it would be unfair to assign responsibility for this oversight and lack of control to Bush Jr. But it does raise questions about the previous administration’s priorities. Oil, war, the environment. We don’t need to scan headlines for very long to know which of these occupied the hearts and minds of senior Government officials.