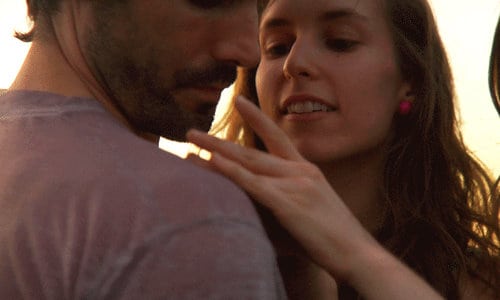 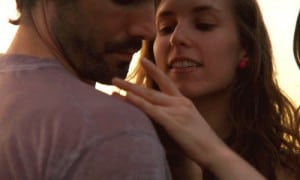 A comedy about “ex-girlfriends, sibling rivalry and whipped cream,” Gabi on the Roof in July premiered at Cinequest to a packed house at Camera Cinema in San Jose last week. We caught up with New York-based Team Gabi, including the “dynamic duo” plus a surprise cast member appearance later, at the festival to learn more about the production.

Fair warning: another crazy, fun, unpredictable interview here on SSC. That, of course, is our favorite kind.

Gabi is edgy and cuts to the bone. Director and lead actor Lawrence Michael Levine recalls an audience member coming up after a screening an asking, “Why does no one beat the crap out of your character?” And for the record: he’s not an actress.

Actress Sophia Takal, on her character Gabi, says, “She is a quirky character. The way we created these characters is Lawrence asked each actor, including me, to come up with a list of people we know in real life.”

Most of the film was based on improvised scenes, which resulted in an original cut of the film that was over 4 hours long. Characters and relationships came to life. Through the process, it was evident the dynamic between Gabi and brother Sam captured the essence of the film you now see.

Sophia Takal was curious why her IMDB rating was higher than Lawrence Michael Levine’s. I told her the nudity doesn’t hurt (but I never bit her on the lip… I swear!).