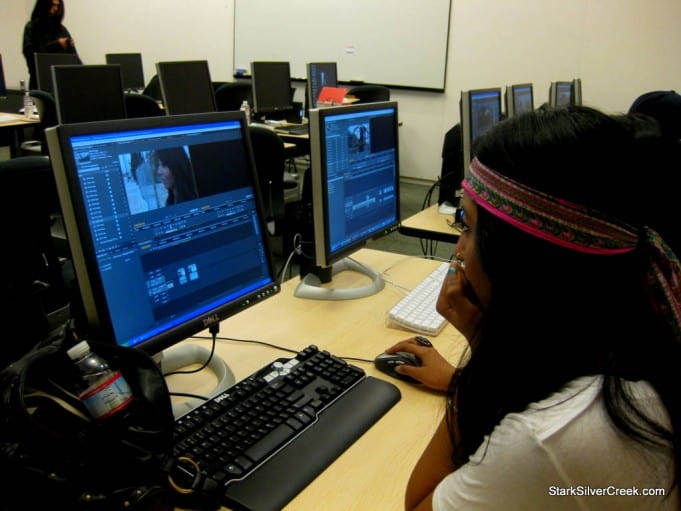 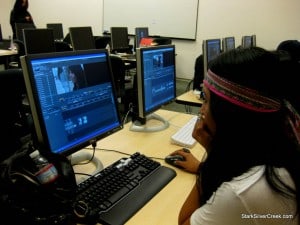 Today, we’ll get a glimpse of the future of film. Working now for almost a month together, five teams of teen filmmakers will showcase their shorts at the Camera 12 cinema as part of the Cinequest Film Festival in partnership with Adobe Youth Voices.

Imagine the excitement of seeing your work on the big, big screen in front of your friends and family. Even better, it gives these teens an opportunity to tell their stories. What is happening in the community? What messages are resonating, and need to be shared?

Stark Insider has been tracking the progress of these projects. In Week 1 we caught up with them during the creative brainstorming process, including storyboarding. Then, the teams moved into production the following week, including green screen work, animation, stop motion and utilizing all sorts of tricks of the trade. Finally, the teams last week entered into pre-production and began to assemble the work.

Now, it’s time to share the vision and inspiration with all of us who will be cheering them on.

If you haven’t had a chance to watch the videos of the teen filmmakers in action, check out week 1 and week 2 below.

Green screens. Zombies created by pollution. Messages about family and gang violence. These are just a few of the highlights from week 2 of the Adobe Youth Voices and Cinequest Film Camp. If the future of filmmaking is one thing, it’s inspiring. These would-be Spielbergs, Tarantinos and Camerons have energy to spare, and you can feel it in this video we shot last Saturday downtown San Jose. Full story…