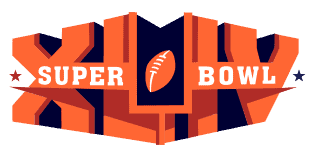 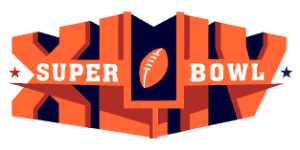 Advertising for this year’s Super Bowl is taking on a decidedly social media flavor. I remember about 10 years ago, the buzz created by the ‘Dot Com’ advertising frenzy, which crescendos with a sock puppet extolling the virtues of online dog food, and ends with a graveyard of flamed-out start-ups, burned out VCs and disillusioned investors. Remember? Economy 2.0!

So naturally I’m somewhat apprehensive about the next big thing. But this time, I think the hype is for real. Social media is making massive inroads into not only the psyche of consumers, but also into the minds of corporate America, especially marketing departments.

I think a large part of that has to do with the demographic and objectives of the particular campaign. It may even depend on targeted geos too.

You have to hand it to the folks at Mashable (and TechCrunch too). Time after time, they produce thorough, in-depth pieces on this brave new world of social media. It’s impressive, next-gen journalism.

Manufacturing controversy is, of course, as old as time itself. All news is good news. So it’s no surprise advertisers would turn to social media to drum up early awareness (and rage in some cases) going into Super Sunday. GoDaddy is the notorious pioneer.

Generating buzz around spots, is similar, only it uses a positive tone. Coca-Cola, for example, is using Facebook as part of its Live Positively campaign, donating $1 to the Boys & Girls Clubs of America for each virtual gift shared. (Wow, drinking Diet Coke really does make the world a better place!).

The most interesting of the three is those companies choosing to skip traditional media entirely. Pepsi is the big risk taker (or pioneer) in this category. They are spending $20M on the Pepsi Refresh Project, a social media campaign. Will it work? Only time will tell. But for me, it’s the football equivalent of a Hail Mary pass. Pepsi is not hedging bets here. I’m surprised as on Super Sunday, everyone will be watching a television somewhere. But not everyone will be online. Well, except for Ashton Kutcher.

This is a dramatic experiment. Many industry observers will be watching. Social media has come a long way, and now we’re seeing if it can cross the chasm into the hearts and minds of mainstream consumers. So, this Sunday, be sure to pay attention to that other scoreboard: Social Media vs Traditional Media.