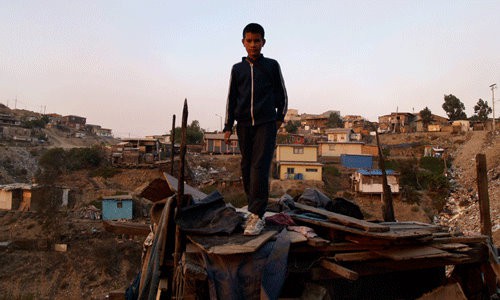 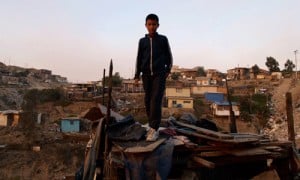 Here’s one that will pull on the heart strings. The Tijuana Project is a refreshing change from the incessant drug battle-charged headlines we see coming out of Mexico, especially border towns such as Tijuana, just 30 minutes South of San Diego.

I admit we sent this one to the bottom of the screener pile a few times. We just weren’t in the mood for more Mexican drug stories.

Loni and I have been involved in the Baja since we bought a small home in a fishing village called Loreto in 2006. In fact, StarkSilverCreek largely came to be as a result of us writing about the adventures of home building in the Baja desert heat. With the towering Sierra de la Giganta mountain range on one side, the glittering, tremendously blue, Sea of Cortez on the other, we wrote about the people, the town, the life. And we loved every second, still do.

But, like a lot of people, we are tired of the drug wars. As recently as yesterday, another headline—this time good news—about a drug bust in Tijuana.

So it was with welcome relief we discovered that The Tijuana Project, a short 61 minute documentary, contains an inspirational message, especially focused on children.

Mother Teresa described the dump in the community featured in the film as “one of the world’s most destitute.”

Prepare yourself for shocking footage of children working in gigantic mounds of garbage. But also be prepared for the incredible hope that arises from education, perseverance and family.

I found the story and the children featured compelling. It’s not hard to empathize. Ironically, we discover they can make more money working the dumps then they can working other, traditional jobs. Drugs too are an issue in the community. A graveyard turns into dangerous grounds for deal-making after sun down.

Also inspiring are those that champion education; individuals that put learning, the passing of knowledge, and the belief in these children’s future above all else.

The film, though, is not perfect. The narration is at times confusing when it changes from the somewhat monotonous director to the children. Music is used to choreograph emotion. But this is hardly a fault, almost all documentaries turn to this technique. And the film is sometimes too loose, perhaps a desired attribute in keeping with a “day in the life” theme.

This is the first documentary in our 2010 Cinequest screener series, and it was an eye-opening, yet inspiring experience worth recommending.