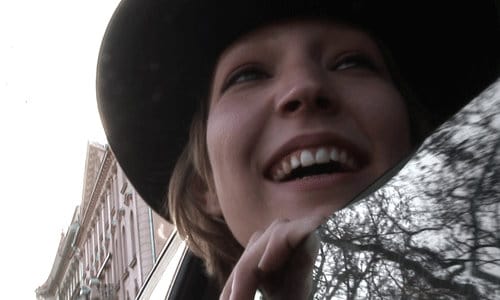 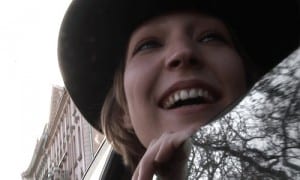 In 1968 Russian tanks rolled through the streets of Prague and Jan Nemec was in the streets filming. The Ferrari Dino Girl tells the dramatic story of how those shots were made, and the harrowing trip he and his friends made to get the footage across the border to Austria where it would then air globally to over 1 billion people. “More people than a Steven Spielberg movie!”

A dramatic premise, the film falls short of delivering the full impact I expected from the historic footage.

The first hand account that begins the narrative is mostly captivating, with footage and acting added to tell the story.

Later we get to see the actual black and white footage.

At the time, in 1968, I’m sure it was absolutely astonishing. Today, though, the silent film played back accompanied by an industrial soundtrack that did little to enhance it. We see people standing around, a burning truck, tanks rolling through town and waving flags.

I enjoyed the narrators love for cars, and his metaphorical use of the Ferrari Dino, and his beloved Fiat, “a poor man’s Ferrari.” In fact, his story telling was more dramatic and entertaining than anything that followed.

The ending became too art school and self-aggrandizing for my taste. However, somehow the experience did leave me in awe of what went down that year in Prague.