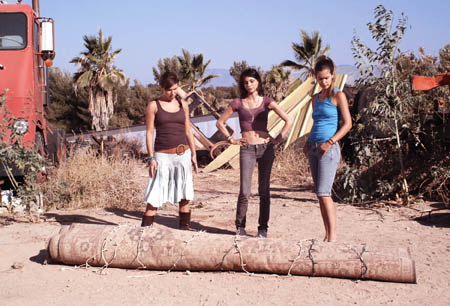 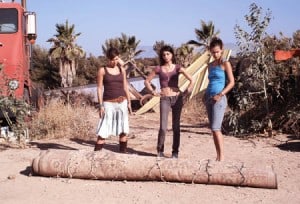 You know you’re in trouble when a relentless drug addiction and a discovered stash of dirty money are the least of your problems. Oh, yes, what to do with the body?

In Kill the Habit that becomes the question of the day for three women (Lili Mirojnick, Katerina Moutsatsou, Maria-Elena Laas) who find themselves unwittingly working together to dump the body of dead drug dealer Lyle (Joe Lia). It doesn’t help that they’re not exactly having a great day, and aren’t particularly fond of each other—at least for the time being.

Definitely on the lower budget scale of indie films, the camera work is done almost entirely by hand, with lots of close-ups and tight shots. Director Laura Neri does well in tight condo space to build drama, and tension quickly using efficient angles together with quick cuts.

I was less impressed with the acting, unfortunately, which was average.

It would be incredibly hard to talk about a movie that involves disposing of a corpse without referencing Weekend at Bernie’s. Thankfully, Kill the Habit is going for something different. It does not stretch a punch line into a repetitive gag. Instead layers unfold as back story is revealed and as we learn more about each of the characters.

However, I found it hard to relate to any of the characters in this film. Not entirely surprising; a certain Thelma and Louise kind of vibe prevails along with a somewhat negative underbelly. It may appeal to people looking for chicks with a “let’s kick ass” kind of attitude. All dandy, except it would help if they were a tad likable or had some redeeming quality. Something that would want us to see them succeed. The script here could have helped. Still, most of the elements work to pull off a wild, if somewhat uneven, ride.