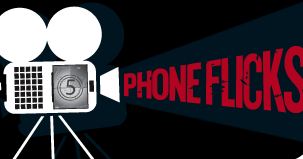 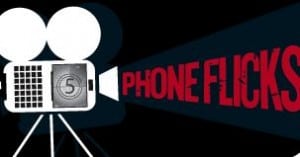 What kind of story could you tell in just one minute?  This is the challenge filmmakers took on when they submitted films in the SanDisk Phone Flick Contest, part of the Cinequest Film Festival. To raise the stakes, films had to be shot entirely on a cell phone.

The four finalists are being presented prior to film screenings during the festival giving us all a chance to weigh-in on our favorites. And how do you vote? Also, of course, by cell phone.

It’s a clever contest and the results are interesting. Here is my take on the four 60-second finalists, which received the highest number of votes out of the initial pool of twenty submissions:

A simple pasta lunch turns out to be quite the adventure when a never ending noodle takes a patron on a cross-town journey. Very clever, well made. Love the soundtrack too, it really adds to the humor.

Dreamy. Again the music does well to inspire. A little boy pursues his desire to fly, and it takes him, of all places, to… a movie theater.

No Regrets (By Warren Sonoda)

Well done. It reminds us to take that risk. A guy writes a love letter many times, but never has the courage to give it to the girl of his dreams who lives in the same building. Will she ever get the letter?

The Discovery of the Woodsprites (By Jadrien Steele)

Perhaps the message is jackhammered in this one just a wee bit too much. Still, impressive what they do in 60-seconds. A cautionary tale for hunters.

Fish Pasta. I liked all four of the finalists, but this one was the most inventive. It’s funny, has a great ending, and everything feels perfect. So this would be my choice for the winner.

The winner will be announced at Cinequest on March 6th.