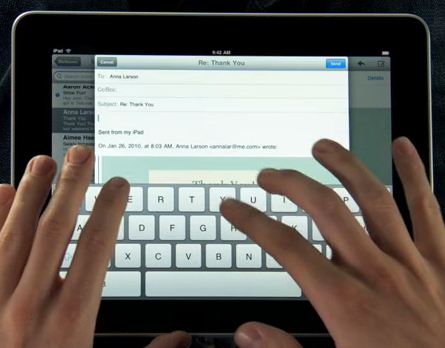 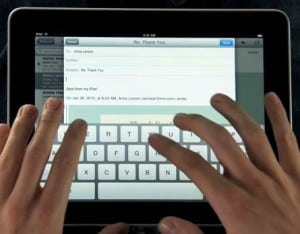 The Apple web site has been updated and includes lots of juicy tidbits about the new iPad including specs, photos, and this video. Here you can see it in action in a slickly produced video with plenty of sound bites to match.

There are some missing features already being talked about in early hands-on reports. Joshua Topolsky of Engadget cites missing camera, and says the keyboard is “good, not great.” But what he is really concerned about is the lack of multitasking. It may sound techy, but it has serious user experience consequences.

For example, from what I can tell, and what Topolsky confirms initially: you can’t listen to music in the background while surfing or checking email. That’s too bad given the processing power of the iPad. Perhaps, a software update will change that, or these early reports will prove wrong. We’ll see soon enough.