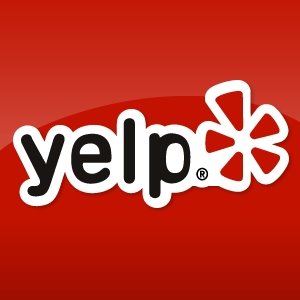 New social networking fads are popping up almost every day now. The latest to gain momentum is Foursquare, a location-based game that lets you “check-in” to a venue. Or as they describe it, “helping you find new ways to explore the city.” The app (available on iPhone, Android, BlackBerry) lets you tell friends where you’re at, and even send a Tweet and Facebook status update. Yes, this is not for fans of privacy… then again, neither is social networking in general.

Recently, Foursquare announced they were registering a check-in every second. The user base is growing; people are hopping on the bandwagon, connecting with friends, discovering new places. Rest assured all of this growth has some very interested, potential stakeholders, watching with keen interested—names like Google (don’t forget about their “local” search capability), Yahoo, Twitter, Facebook.

Someone was not only watching, but taking action. That is Yelp, the well-established, go-to site for restaurant reviews.

Prior to today’s announcement (and update to the Yelp app) you would go to Yelp to find a place to eat. Then you’d go to Foursquare to tell people where you were eating.

So, the obvious question: why not combine the two?

Yelp is in the stronger position here. They’ve had years to build a reputable database of information, and a vibrant user community that swap reviews (over 8 million), stories, and photos. It is much easier for them to copy Foursquare’s functionality.

On the other hand, Foursquare doesn’t have much depth yet. It would takes years to catch up to Yelp, and that would never happen since Yelp has what appears to be an insurmountable lead.

It will be very interesting to watch this social micro-battle unfold over the coming months. There are other companies in this emerging space too, such as Gowalla.

I’ve used Yelp on several occasions, especially when I find myself in an unfamiliar neighborhood in San Francisco (and, no, it’s not related to schizophrenia… just theater go-ing; okay, possibly the same). 9 out of 10 times Yelp finds me that little gem of a neighborhood restaurant thanks to user reviews, and a reliable star rating system that I usually trust.

For now, it appears that Yelp may have become the new “mayor” of location-based, social networking games.

(Note: this new “check-in” functionality only appears to be available in the new version of the Yelp iPhone app, 4.0, released today. It is not yet available on Android, and I did not see an update on Android Market for Yelp. I’m running Yelp v1.2 on my Droid.)