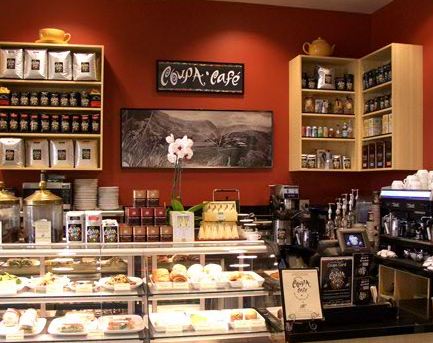 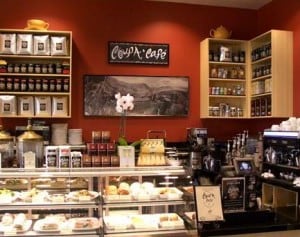 Another week in the San Francisco Bay Area. Gone in 60 Seconds. Despite the rain, we hit the streets; downtown San Francisco, San Jose and Berkeley look even more vibrant when soaked. Just to be clear: no one is ever injured or killed in these videos. Egos are bruised, many times, repeatedly. Especially Loni’s as she endures the endless brute force of my directorial style: spin! go! talk! catch phrase! jump!

Cinequest is coming, and we couldn’t be more excited. Halfdan Hussey, co-founder and executive director of the festival, told us they drew over 85,000 people last year. The benefit to downtown San Jose and local businesses is obvious. And, increasingly, Cinequest is impacting the film industry in a big way. Ranked as a top ten festival, it is still growing. It seems that maverick film making is still very much an audience favorite. More on that in the coming days and weeks.

Coupa cafe in Palo Alto. This is where the tech-set go. And the powerful. And the rich.

With Facebook around the corner, and Google not far away, you have plenty of tech stars. Not to mention venture capitalists. And a hearty mix of Stanford students. I’ve enjoyed several meetings here over the years. I used to have an office just off Alma, and it was only a stones throw away. Great for latte, and all sorts of pastries. But the best part is the energy level. The place bustles, Silicon Valley style. And, at least yesterday before we zipped up to Lucie Stern Theatre to catch a show on a drizzling Sunday, it was home of Android. I counted oodles of Nexus One, Eris, and Droid phones. Oh, and, yes that was Sergey Brin, Google co-founder, hanging. No satellite conversations though this time with Loni. Some day that will be a video worth watching, maybe.