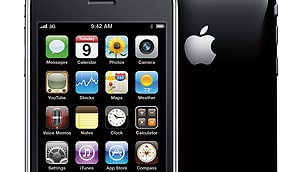 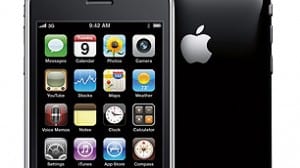 Tomorrow is the biggest day in tech for 2010. At least until the next big announcement. First we had Google’s launch of the Nexus One smartphone which stole headlines at CES in Las Vegas. Now we have what is sure to be an uber announcement from Apple tomorrow in San Francisco—at least if the rumors of an Apple Tablet are true. Yes, January has been a big month, not just for the New Orleans Saints and Indianapolis Colts.

However, I’m not so sure the Apple Tablet is ready to become the Super Bowl champion of tech.

Here are 3 reasons why I think it will fail (ultimately, becoming a niche, non-mass market product). And yet, I’m compelled to explain why I’ll probably still buy one.

1. A mass market for a Tablet PC still does not exist

It didn’t work in the 1980’s with the Newton, and it won’t work today. Consumers have demonstrated they do not need to lug around yet another gadget. Considering most of us likely already carry a powerful smartphone, a laptop, and in increasing numbers, a netbook, it takes a leap of the wallet to expect many to buy yet another device that provides redundant functionality.

2. It will be expensive

I expect the price to be over $500, possibly over $700 as many are predicting. That’s very expensive when netbooks can be had for $300 and e-Book readers also go for similarly cheap prices. Granted, the Apple Tablet might do more—it’s the premium for innovation and being an early adopter—but in this economy are consumers ready to shell out that kind of cash?

3. The form factor is fine for reading, not great for productivity

Imagine the tablet came first and was the defacto portable computing device. Then Apple launched a laptop. Wow, a built-in keyboard. Collapsable display that protects the screen. Works great on your lap, at your desk, on the couch, on a cramped airplane table. How convenient!

My issue with the tablet is I presume it will require two hands to hold; so how do you enter text and type, unless you have it sitting flat on a table? If it’s primarily for web browsing and reading, then surely there are better alternatives.

Why I’ll still buy one

Apple is the design company. I mean, nobody does it better, not even James Bond. Companies including HTC, Sony, Amazon, Barnes & Noble, and many others have all released some form of tablet computer and/or e-book reader. Kindle has enjoyed early success. But Apples does things different. Better.

Tomorrow, I expect at least one or two “wow” features that provoke “ooohs and aaahs” and sprinkles gadget fairy dust across the land. One of them I suspect will be related to text entry. If Apple can somehow crack that egg, show that typing on a flat, portable tablet can be as efficient as a laptop, they may just convince me yet.

Or perhaps Apple’s goal is to launch a sort of premium e-book reader with sexy bonus multimedia features. That would make sense. It would be less a PC, more a portable reading device.

Either way, Apple is on a roll. So it’s hard to bet against them. They bring a certain je ne sais quoi to the world of tech design. Still, I think the tablet is a hard sell.