Good morning from sunny, fallish (at least some trees and leaves are turning orange and red), and congested San Jose. I’ve seen my fair share of braking tail lights over the past few weeks. It seems I’m almost living in the car. Loni meantime sees it mostly as a convenient resting spot.

What is going on with Bay Area traffic? It’s usually bad enough. But recently, we’ve needed to tack on about 30-60 minutes to any trip up either side of the peninsula.

No I won’t rant about taxes or referees next week… but, you know, I have to whine about something. I suppose if it’s as bad as it gets though, then who am I to complain? When I was a kid, my parents gave me a bookmark with an expression I never forgot: “Eat a live frog first thing in the morning, and nothing worse will happen to you the rest of the day.” Words by Mark Twain if I recall correctly. Maybe someday I’ll try that. For now, will a bagel and cappuccino suffice?

Me and my monkey

First of all, this is Loni’s analogy (and a fine Robbie Williams song). Not mine. 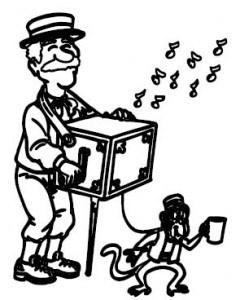 In it, she’s the monkey. And, in this scenario, apparently I’m the  ill-tempered accordion-playing shyster, flogging her out for the sake of two-bit street entertainment. Don’t worry. We laugh together when we envision ourselves standing on a local street corner working for passers-by. Sometimes that’s exactly what it feels like here on SSC. But just don’t tell anyone I said that.

I was also told that sometimes I get too angry when my monkey won’t do what I tell it to. Or doesn’t understand my instructions: “okay, say all things west coast!!” … “look to the sky” … “spin. pretend music is playing” … “stare at that wall and look thoughtful, now!! GO!” … “hurry up, ACTION!”

She must be confused, I thought. I’m so good natured, no? Well, I decided to research my apparently aggressive director style. I needed to know if this was true. So I reviewed raw footage (and we have tonnes, many many hard drives full… for any serious shoot we do such an interview we use only about 25% of recorded footage) and listened to myself holler off-camera. Hmmm, turns out at times I’m borderline psycho too… and I thought it was just Loni. A few times, I admit, I’ve brought Loni to the verge of tears. Don’t worry, though, she always gets revenge.

When I hear my curt instructions (commands), in hindsight they often sound like a truncated, staccato-like foreign language. I realize that, yes, now I can understand why Loni shouts: “I HAVE NO IDEA WHAT YOU’RE ASKING ME TO DO!”

The funny part is secretly I know that’s how Loni wants it to be. Time is money. I think she would throw a fit if I patted her on the head, suggested we “take a time out,” and discuss the shoot over milk and cookies.

In the movie Jerry Maguire, cheerleading, ultra-optimistic mentor Dicky Fox says about sports marketing, “the key to this business is personal relationships.” The same can be said about new media and blogs. Some things never change. And although we communicate virtually, perhaps even more than we talk on the phone or meet in person, that doesn’t mean things like follow through, commitment, and professionalism don’t count.

It astounds me the number of semi-pro or professional new media people that don’t heed this time-worn, essential advice. And, by the way, this should be inate. It should feel right. Feel good. It should not be a burden.

Blogging—and I’m really referring to Blogging networks and new media organizations, not the part-time hobbyist—as a business is new. And so, a lot of traditionalists are expectedly skeptical. It is up to us, neophytes, some eager to conquer the world, to demonstrate and prove that we have credibility, integrity; that we’re worthy of the risk from a big-time advertiser, or for a company to enter into a strategic relationship.

For us, we work closely with many theaters across the Bay Area. And wineries. Also, we work with luxury and premium travel resorts based in Northern California including places like Napa, Tahoe and Sonoma. Who are we? SSC. StarkSilverCreek. That, sad to tell myself, doesn’t mean much—yet. We’re not CNN—yet. So, we must work 10x harder. 7/24. Love it. Live it. Honor each commitment; and genuinely thank each person that helps along the way.

Every now and then your efforts to build quality relationships will yield a pleasant surprise. Like the time the San Jose Repertory Theater ran a full page ad for As You Like It in the San Jose Mercury News featuring one of our quotes.

Again, I wish that more in this business would take relationships seriously. Hopefully I’m not just saying this because I’m a good old Canadian boy at heart, that believes in good. I expect big things from new media, this exciting industry that is helping to shape the future of communications, news, entertainment, politics.

Now that I think about it, this is a corollary of sorts. It’s simple: when someone crosschecks you into the boards and you fall to the ice in a heap of blood and teeth; or someone digs their cleats into your shins and you limp off the field; or someone karate chops you; or someone blind sides you…

… how do you respond?

Growing up when I heard those words coming from my father I often felt very angry at the time. I fully expected and thought I needed sympathy, consolation… and a Kit-Kat bar. Not some fierce expression that made me feel hurt, angry and confused. But something happens as you get older. You value toughness. It was a lesson I will never forget. I like to think it’s what separates gritty, young hockey Canadian players (not me) from others. The heart that can somehow galvanize a team to perform beyond their potential.

In other words, “There’s no crying in baseball.”

It helped prepare me for the sometimes nasty world of life that lay ahead. Of course it applies to any business obstacles we face too. You can either mope and lament. Or you can suck it up, and come back twice as hard at the problem, and never look back.

(I just realized that I’m in a bit of a soap box mood. All I need is a megaphone. Well, all I can say, is each week is different, and sometimes this espresso can make me ramble. Like most street corner preachers, I’m probably just talking to the crickets. That, plus a few, scruffy, Les Misérables-type characters who feel comfortable in the aura of my hyper babble… sans music) 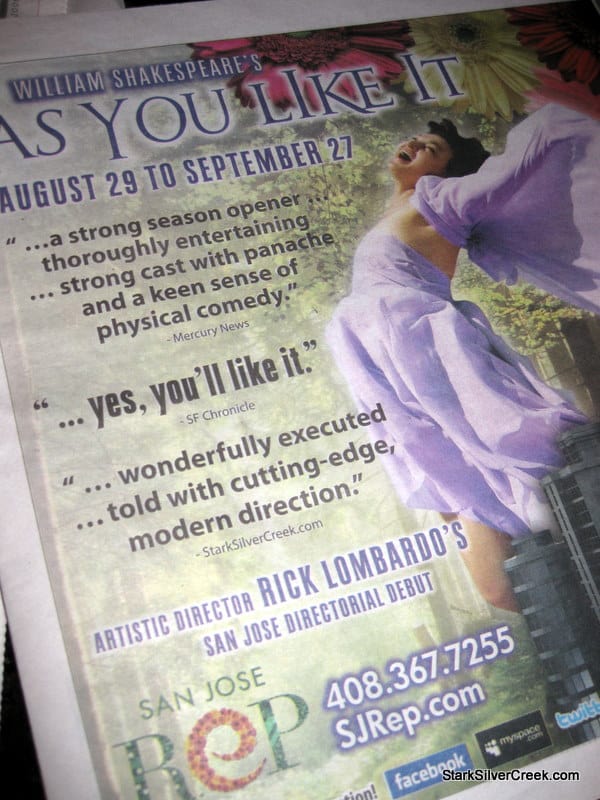