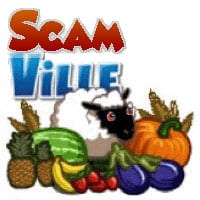 The story, originated by Michael Arrington of TechCrunch, exposes the scam (and extremely obnoxious, annoying) that is Facebook “games.” Little more than thinly veiled attempts to make people spend money, propegate crap on the masses and aggrevate the hell out of legitimate social media users, they come in all forms: farming, fishing, mafia. The goal is always the same: get you to spend money.

Arrington did some good digging, with plenty of cross-checking, interviews, and first hand reports that would impress the most stiff-upper-lip mainstream newspaper or media publication. In the story (Scamville: The Social Gaming Ecosystem of Hell) which hit, fittingly, on Halloween, he focuses on a company called Zynga which sells scam ads.

On Fake Steve Jobs (www.fakesteve.net) today the story gets juicier in a post I assume by Daniel Lyons (of Newsweek), ‘Why the mainstream media is dying.’ I learned that the New York Times also ran a piece about Facebook scams, oddly just days after Arrington’s in-depth and multi-part expose. But what’s interesting is Lyons—Steve—uses the occasion to slam mainstream media, while praising TechCrunch and Michael Arrington’s fine work on the story:

“Um, New York Times? If you guys are still wondering why people are dropping their subscriptions and getting their news from blogs instead of you — this is why.

And to all those people who go around wringing their hands and saying what are we going to do when the “real newspapers” all die and we have to get our news from Gawker and HuffPo and TechCrunch? Friends, I think we’re going to be just fine.”

Fake Steve pulls no punches in his critique of the Times.  The debate of new vs. traditional media is polarizing. So views are typically extreme. In reality, though, the truth is somewhere in between (but it doesn’t make for interesting reading). The New York Times is one of finest media outlets, without question. Of high quality. You can debate the merits of their business model which is, obviously deteriorating. You can also question layers of bureaucracy, old fashioned reporting, and group think. But, they write some of the finest pieces.

“Because time after time, blogs are simply beating the shit out of the newspapers. They’re the ones who still dare to go for the throat, while their counterparts at big newspapers just keep reaching for the shrimp cocktail.

As for the newspapers: Faced with their own demise, fearful of losing even more advertising, newspapers have made the huge mistake of becoming ever more timid, more cautious, more in bed with the companies they cover.”

There is some truth here. But Bloggers are not guilt-free… many that write about wine, for example, are in bed with wineries; happily plugging just about anything wine PR tells them to.

It seems to me like Lyons has some kind of ax to grind, if indeed he did write the post. Make no mistake, I’m pleased to see people like Arrington and his TechCrunch network spark attention, since it bodes well for new media in general. But it strikes me as somewhat playground-bully to start railing against some of the great newspapers and media outlets just because they didn’t cover (at least in his view) a Facebook ad scam story as well as a Blog. Then again, in Fake Steve Jobs, we are talking about an alter ego, albeit a very entertaining one at that.

I should be noted that Daniel Lyons, as author of the ‘Attack of the Blogs’ cover story in Forbes wrote that blogs “are the prized platform of an online lynch mob spouting liberty but spewing lies, libel and invective.” It could very well mean I’m simply succumbing to his clever pseudonym’s ranting. Still, it’s hard not to see some truth in the matter… I think.

Still, score one for the Blogs.

You be the judge!

Fake Steve Jobs critiques, and compares coverage:
Why the mainstream media is dying